Kim Clarke passed away in December 30, 2010 in London, Ontario. He had been fighting a long and private battle with cancer. Kim's distinguished music career bands included the Bonus Boys, Mocassin Telegraph, Way Out West, the Falcons, and Tokyo Joe. Kim also taught for many years at Bill Lewis music in Vancouver, BC. More recently he was pursuing solo and collaborative work with a number of players. Info and selections from Kim's 1986 solo LP It's A Grey Day video can be found below.
-thepunkmovie.com

I Want To Work In A Bank b/w Confusing Ourselves

I Want To Work In A Bank b/w Confusing Ourselves 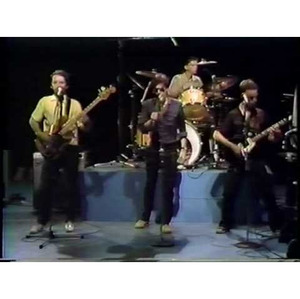