Bill Bissett (born William Frederick Bissett, November 23, 1939) is a Canadian poet famous for his anti-conventional style. He deliberately does not capitalise his name.

Bissett was born in Halifax, Nova Scotia. He attended Dalhousie University (1956) and the University of British Columbia (1963–1965). bissett dropped out of both universities because of an overriding desire to live as a free agent, writer and painter unencumbered by any academic constraints. He did complete course requirements for his two majors in English and Philosophy. He moved to Vancouver, British Columbia in 1958. Five years later he started the blew ointment magazine. He later launched blewointment press, which has published volumes by Cathy Ford, Maxine Gadd, Michael Coutts, Hart Broudy, Rosemary Hollingshead, Beth Jankola, Carolyn Zonailo, bpNichol, Ken West, Lionel Kearns and D. A. Levy. bissett is based in Vancouver and Toronto, Ontario, alternating between the two cities.

He is known for his use of a unique orthography and incorporating visual elements in his printed poetry, and his performance of "concrete sound" poetry, sound effects, chanting, barefoot dancing and playing a maraca during his poetry readings. He is often associated with the Shamanistic in literature. He has also had large exhibits of his paintings and made audio recordings on vinyl, cassette tape and CD. He was the lyricist and vocalist in the Ontario band, Luddites, and before that he collaborated with experimental rock group The Mandan Massacre. His work typically ranges from the mystical to the mundane, incorporating humour, a sense of wonder and sentimentality, and political commentary.

In 2006, Nightwood Editions published radiant danse uv being (Jeff Pew & Stephen Roxborough, eds.), a poetic tribute to bissett with contributions from more than 80 writers, including Margaret Atwood, Leonard Cohen, Lorna Crozier, Patrick Lane, Steve McCaffery, P. K. Page and Darren Wershler-Henry. In 2006 he was also featured in an episode of the television series Heart of a Poet produced by Canadian filmmaker Maureen Judge. 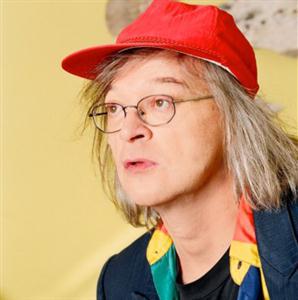