William Patrick "Willie P." Bennett (26 October 1951 – 15 February 2008) was a Canadian folk-music singer-songwriter, harmonica player, and mandolinist. Bennett was part of the 1970s folk music scene in Canada, and wrote and recorded many original songs. As well as performing as a solo artist, he was part of several well-known Ontario bands.

Life and career
Born in Toronto, Bennett was first recorded by folksinger David Wiffen, who released a cover of "White Lines" in 1973. Bennett released his first album, including his own recording of the song, the following year.

As solo performer, he recorded seven albums. Early in his career, he also formed and fronted a newgrass group, the Bone China Band, touring through Ontario.

Throughout his career, Bennett kept busy as a sideman in bands fronted by other artists. From 1974 to 1979 he toured and recorded with the Dixie Flyers, playing harmonica, while continuing to perform as a solo artist. In the early 1990s, Bennett was a member of Toronto-based Pat Temple's band, the High Lonesome Players, playing live and appearing on their albums. In 1991 he joined Fred Eaglesmith's band, the Flying Squirrels, with whom he toured and recorded, playing chiefly mandolin and harmonica and singing backup vocals, also serving as road manager, until shortly before his death.

Bennett also played harmonica live and on recordings with Joe Hall, Doug McArthur, Sneezy Waters and many other country and folk artists.

Bennett co-wrote the song "Goodbye, So Long, Hello" with Russell deCarle. The song was recorded by deCarle's band Prairie Oyster, released as a single in 1990.

During a 2007 Victoria Day weekend concert in Midland, Ontario, Bennett suffered an on-stage heart attack; he continued playing to the end of the concert, but after that was forced to stop touring.

He died of another heart attack on 15 February 2008, at his home in Peterborough, Ontario. At the time of his death, he was recording an album and was planning on rejoining Fred Eaglesmith on tour. His sister inherited his music rights.

In 2014, the "Willie P. Bennett Legacy Project" was launched online, providing a space to share stories and new versions of Bennett's songs and to start a memorial award in his honour.

Tryin' to Start Out Clean

Blackie and the Rodeo King

Tryin' to Start Out Clean

Blackie and the Rodeo King

Take My Own Advice 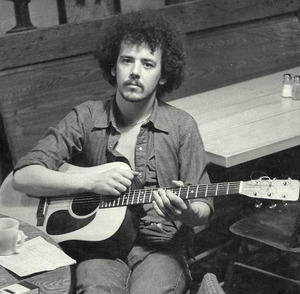