Peter Appleyard. Vibraphonist, percussionist, composer (born at Cleethorpes, Eng 26 Aug 1928, died, 17 July 2013 in Eden Mills, ON). After drumming in British dance bands and with RAF bands, he moved in 1949 to Bermuda and in 1951 to Toronto, where he began playing vibraphone. He performed with Billy O'Connor and, 1954-6 at the Park Plaza Hotel and on CBC radio, with the US jazz pianist Calvin Jackson. In 1957 he formed his own group which, though based in Toronto, travelled widely in North America (accompanying the singer Gloria DeHaven for a year) and appeared on US TV.

Appleyard was co-host 1961-2 with the singer Patti Lewis for CBC radio's 'Patti and Peter' and in 1969 with Guido Basso for CBC TV's 'Mallets and Brass.' He was host 1977-80 for 'Peter Appleyard Presents,' a TV jazz and variety show produced in Toronto and syndicated in North America. Concurrently Appleyard was a popular performer in Toronto nightclubs and hotel lounges - he served as music director for several - and a leading percussionist in the city's theatre and studio orchestras. Capitalizing on the nostalgia for big-band music he formed the All Star Swing Band in 1982 with a repertoire of medleys (arranged by Rick Wilkins) of old pop tunes. The orchestra subsequently appeared occasionally in the Toronto area, in New York, and at festivals, including the Moncton (NB) Jazz Festival and in Bern, Switzerland (1998).

Appleyard came to international notice in jazz during the early 1970s as a member of the clarinetist Benny Goodman's sextet, with which he toured in Europe in 1972 and 1974 and in Australia in 1973. He continued to work with Goodman intermittently through the decade (eg, playing three concerts at Carnegie Hall, New York) and in 1985 formed a Benny Goodman tribute band with the US clarinetists Abe Most or Peanuts Hucko in Goodman's place. The ensemble, completed by Goodman alumni and others, appeared at Canadian jazz festivals in 1986 and toured in Great Britain in 1987. Appleyard performed at festivals and in clubs into the 2000s, both in Canada and the USA - eg, at the DuMaurier, Moncton, and Ottawa jazz festivals, Dick Gibson's Jazz Party in Denver, with the singer Mel Tormé at Michael's Pub in New York, as well as in Chicago, Florida, Texas, and Colorado. He also appeared in Scandinavia, Switzerland, Germany, and the UK, and in Japan with Tormé and Dick Hyman. During his career, Appleyard worked with such Canadians as Diana Krall, Rob McConnell, Ann Murray, Oscar Peterson, and Hagood Hardy.

Of Appleyard's vibraphone playing, Jack Batten wrote (Toronto Globe and Mail 2 Oct 1975): 'He's most reminiscent of Red Norvo in style, given the impeccable taste and the easy rhythmic lift he displays as he glides over his vibes. He maintains wonderful control and fits every little passing nuance into perfect place.' Appleyard wrote some incidental music for radio shows and some themes for his jazz groups. His Lincolnshire Poacher was popular in the early 1970s; like many of his recordings in that decade it was in a light instrumental, rather than a jazz style.

Appleyard served on the board of the Guelph Civic Centre, and frequently entertained at NATO bases in Europe. He received the Order of Canada in 1992.

The Vibe Sound Of

The Many Moods Of (AKA Polished Appleyard)

The Vibe Sound Of

The Many Moods Of

The Many Moods Of (AKA Polished Appleyard)

Prelude To a Kiss 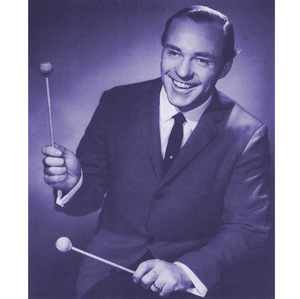