The story of Tommy Ambrose begins on a cold autumn evening back in 1939. Born to a musically inclined, working class Toronto family, Tommy grew up with music stitched on his soul. Fitting then, that his singing start came in church; as a young boy of 5. Under the tutelage of Charles B Templeton, Tommy (still a young boy of 5 or 6) began singing at "Youth for Christ" rallies at Massey Hall and Maple Leaf Gardens and various other faith based events.

His later youth and early teens were peppered with numerous performances at school events (especially with the school choir), small dances, church and faith based social gatherings, etc. The first of many big breaks came at age 14-15 in the form of invitations to sing on gospel radio shows for various stations including, most notably, 590 CKEY and 1010 CFRB. These went over extremely well given his small star and limited audience at the time, but nonetheless, his talent was making itself more and more apparent and now, it was only a matter of time.
At the age of 16, he'd set his sights on the mainstream pop market. He changed his approach and garnered interest from the CBC who, the following year, would feature him many times on their Cross-Canada Hit Parade.

At 18, after cutting his teeth touring for a few years, and making numerous TV appearances as a guest, Tommy garnered the interest of his first record label "Sparton Records." After signing a deal, they'd quickly get him into the studio. Backed by Joe King & The Zaniacs, Tommy's first single "The Magic of You" was recorded and released in November 1958. It wasn't an immediate hit, but the following spring would peak at #23 on the Canadian pop charts. His follow up single "Remember, Remember" would barely break into the top 40 in Canada that same year.

The CBC watched approvingly; Tommy's tenacity and talent were beginning to really pay off. In the midst of yet another tour, this time to promote his third single "I Need Your Love" in spring 1960, he'd receive an invitation to host a new summer variety show titled "While We’re Young." This show had decent success and managed to stay on the air for nearly a year (buoyed by the minor success of Tommy's third and fourth singles; released in early spring and October 1960 respectively). What followed was meant to capitalize on the continued success and appeal of their star. Simply titled The Tommy Ambrose Show, the show lasted nearly two years (ending in mid-1963).

Before the launch of The Tommy Ambrose Show however, Tommy signed with Art Snider's (who's orchestra he worked with briefly on his third Sparton single "I Need Your Love") Chateau record label. This label was notable for signing and helping establish Gordon Lightfoot, Pat Hervey, The Allan Sisters, and lesser known (among many others) Paul Hoffert of Lighthouse fame. He recorded a single for Chateau in mid-1961. The A-Side was the lesser known "Jiminy Jum Jum" by husband and wife song writing duo Dorothy Carter and John Nagy, and the B-Side, a well performed cover of the Alex North/Hy Zaret song "Unchained Melody." The minor success of this single helped the launch of the show.

In early 1962, Art Snider sent Tommy into Newberry Sound Studio Toronto with the Don Thompson Septet to record his debut album. The album was titled "Young Tommy Ambrose" and was produced by Art Snider. The songs on the album were either covers or songs lying around the Chateau office. It's a strong effort that had little success upon release. It did little to stem the fate of The Tommy Ambrose Show however, whose viewer-base continued to dwindle. In 1963, the show would be cancelled.

Upon the finish of his show, Tommy had another lucky break. After a chance meeting with producer Phil Ramone and composer Patrick Williams, he briefly moved to New York where, for a few years, he's sing on various jingles and did other odd jobs in the industry. It was a fruitful endeavor but Tommy's heart belonged in Toronto and by 1966-1967 would return. After recording a few songs for the CBC Song Market comps in 1967 and 1968, as well as joining Sounds Company in 1968 (with Rhonda Silver and the Jimmy Dale Orchestra), followed by briefly joining the Laurie Bower Singers until mid-1969, he chose to settle down briefly and married fellow CBC star Bonnie Hicks.

His work in New York and continued filming for the CBC's various shows over the years, caused him to make a career redirection in 1969, when he got into TV and radio production. This would be his main form of work over the next year and a half; briefly singing on Doug Randle’s “Songs For The New Industrial State,” in 1970. Then in 1971, he'd team up with Beachcombers star Bruno Gerussi to release the real odd-ball record Fuzzy Love (half spoken-word/half pop music).

The following year, he collaborated with pianist Norm Amadio on what may be his most notable release. People City is an ode to Toronto sung by Tommy Ambrose (The B-Side being an instrumental version by Norm). The single made it to #44 on the Canadian charts. The song went on to be cemented in the minds of many Torontonians as the theme of CITY-TV’s People City in the 1980’s.
In 1973, he released a pair of singles for RCA where he delved into a more country sound over the next few years. First came "Summer Song," which peaked at #19, and "The Night Time & My Baby" which peaked at #47.

He couldn’t escape the draw that TV had on him over the years and in 1974 he took over the hosting duties for CBC’s “Celebration” gospel show; which ran until 1976. He’d continue writing jingles as well over the years and even had Doug Riley become a partner in his production company.

The following years would see Tommy get back into music, releasing a few singles and also two new albums for the Canadian Talent Library; Sweet Times in 1977 and At Last with Doug Riley in 1979. He also founded his own bar in downtown Toronto called Jingles, in 1977. This was a successful Jazz bar in the heart of the city that for over a decade hosted some of the finest jazz artists the city had ever seen.

Over his jingles/production career, Ambrose has worked with a virtual who's who on a number of projects, including songs for CITY-TV's People City, Global's Point of View program, CTV's Barcelona Olympic Theme Song, "There are No Strangers," and several scores for CBC TV movies and series. He also wrote and performed the theme song for the grand opening of the Toronto Skydome, "Open Up The Dome and Let the People Come In," Labatt Blue's commercials, and the 'Wear a Mustache' milk and 'Get Crackin' egg marketing campaigns. He also wrote the Smarties jingle, 'When You Eat Your Smarties Do You Eat the Red Ones Last?'

Tommy Ambrose is a well-respected, talented, Toronto native, whose work over the decades should garner further discussion and praise. He was a great singer, songwriter and businessman who always found a way to come out on top. Here’s hoping his legacy lives on for decades to come.
WRITTEN & RESEARCHED BY: AARON LUSCH
AARONLUSCH@HOTMAIL.COM

Just Like A Man b/w The Way It Was 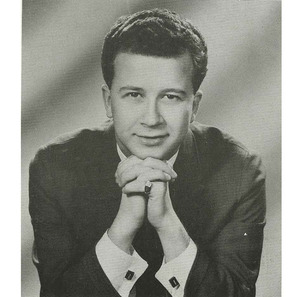