Eugene Amaro (tenor saxophone, alto saxophone, flutist) born September 25, 1926, was a popular Canadian jazz musician and leader of his own Eugene Amaro Quartet, and long-time member of Rob McConnell and The Boss Brass. He also co-led the Sam Noto/Eugene Amaro Quintet and performed with the Ron Rully Sextet and Ian Mcdougall’s Dectet in the Sound of Toronto Jazz Concerts. His name is synonymous with the golden age of big band jazz in Canada.

Eugene Amaro passed away in his 73rd year on March 23, 2010. When the news hit the airwaves, Toronto bassist Paul Novotny stated, ” We lost The Owl tonight. Eugene was one of the best musicians ever. The greatest swingin’ time feel! Goodnight Gene. We miss you.”

The Tenor Saxophone Of Eugene Amaro 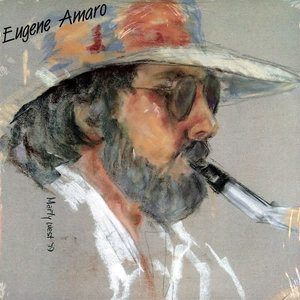