Surrey, British Columbia’s After All had its roots as far back as 1980 when 13 year-olds Simko and Birch began experimenting with guitars and original music. By 1984 they had added drummer, Grant. After floundering for years in various incarnations Scott Acomba was the missing link, filling the void of singer in 1987. With several recordings under their belt, the song “Holiday” attracted the attention of Nettwerk Records and they were signed by the label and its management arm. Their debut album, ‘How High the Moon’, was released in the Fall of 1988 and produced two singles/videos – “Save Me From Myself” and “Bullets”. The record was critically acclaimed but failed to make any in roads with the record buying public. The band floundered and Acomba eventually left the band in 1989 and was replaced by keyboardist Mark Henning to become Grin Factory in 1989. Birch relinquished bass duties and switched to vocals and with the addition of bassist Dave Hadley as they became Pure in 1990. The new incarnation was signed to Warner/Reprise in 1991. Scott Acomba went underground, but has recently re-emerged with his new project, Satsuma. Satsuma’s debut CD, ‘Hello My Name Is’, was released in early 1999. Produced by Acomba and Todd Simko, the disc contains contributions from members of such notable Vancouver groups as the Matthew Good Band, Knock-Down-Ginger, and Pure; Simko died on April 25, 2012.
With notes from John Lucas

How High The Moon

How High The Moon 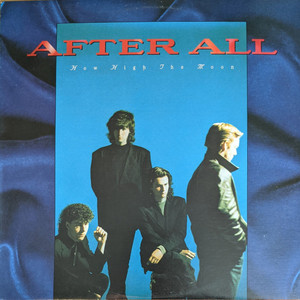