Named as Nova Scotia’s top entertainer at the 2009 Music Nova Scotia Awards in November, Charlie A’Court is synonymous with impassioned performances that grip an audience the very moment he takes the stage.

Winner of the East Coast Music Awards 2007 Pop Recording of the Year and 2007 Music Nova Scotia Blues Recording of the Year for his album Bring On The Storm and 2003 Best Blues Artist for his debut album Color Me Gone, Charlie A’Court is an emotionally charged and soul moving performer. Fearlessly bridging genres and challenging stylistic conventions, his music and passionate voice stir up the listeners’ emotions, touching the very core of audiences around the world.

Partnered with acclaimed producer Danny Greenspoon (Great Big Sea, Bruce Guthro, Sophie Milman) A’Court released his follow-up studio album, Bring On The Storm, in October 2006. This album spans the gamut of emotion, dealing with triumph and disaster, loss of loved ones, mental health and chronic physical pain, life on the road, and being head over heals in love.

Further establishing his reputation as a remarkable entertainer, A’Court has released his first live, solo recording. "Live At The Marigold" is an intimate look into the heart of this soulful troubadour and was recorded at the beautiful Marigold Cultural Centre in Truro, Nova Scotia. In an effort to be in a "greener" frame of mind, “Live At The Marigold” is being released exclusively as a digital download keychain. The new release was nominated for Best Blues Artist/Group Recording, Best Male Artist Recording at the 2009 Music Nova Scotia Awards.

Charlie’s modern blues style, mixed with his contemporary songwriting has created a mass appeal, ensuring
A’Court’s material is widely accepted as a festival favourite by audiences and promoters alike. Fuelled by emotion and a desire for delivering powerful music, Charlie A’Court is undoubtedly one of Canada’s new generation of fresh singer/songwriters, attracting fans internationally with gutsy vocals and his colourful yet solid guitar playing. (photo credit: Glen Meisner)

“The most soulful Canadian artist…ever!!!” Amiestreet.com

“The act of performing brings out a daredevil quality in his powerhouse singing and guitar playing, which Live at the Marigold captures admirably.”
~ Stephen Cooke, The Chronicle Herald

“And that voice! Charlie A’Court is extremely multi-talented and possesses a voice that would make even the most hardcore singles in the audience want to make out with the next attractive stranger they encountered.”
~ Melissa Martel, The Brunswickan

Bring On the Storm

Live At The Marigold 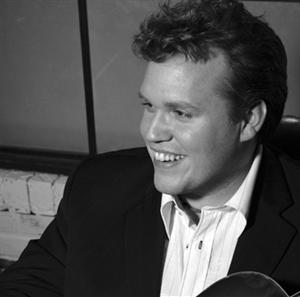