Alexander Lee “Skip” Spence was a Canadian-American rock musician and singer-songwriter. He was best known as the co-founder of the band Moby Grape and for his 1969 solo record, Oar.

In the 1950’s the Spence family relocated to San Jose, California. Spence played for various bands in the early 1960’s, including in an early line-up for Quicksilver Messenger Service. He was invited to play drums for the psychedelic band Jefferson Airplane by singer Marty Balin. Spence’s drumming was recorded for the band’s 1966 debut record, Jefferson Airplane Takes Off. He left the group in 1967, and founded the psychedelic rock band Moby Grape. Moby Grape released their self-titled debut album in 1967. The album was met with critical acclaim. Spence’s mental health would deteriorate in 1968, during the recording of Moby Grape’s second album, Wow. The musician’s recreational drug use and increasingly erratic behaviour led to his admittance into the Psychiatric Ward of New York’s Bellevue Hospital. He received treatment for six months, during which time he was diagnosed with schizophrenia. In December of 1968, Spence was released from Bellevue. Immediately after his release, Spence drove a motorcycle to Nashville where he would record his only solo album, Oar. The album was released on Columbia Records on May 19, 1969. While not successful upon its original release, the album’s legacy has grown in the following years. In 2013, Ballast Magazine ranked it as the 8th best Canadian record ever released, and in 2009 the famous musician Beck re-recorded and released the entire record as part of his “Record Club” series. Mental illness and substance addiction prevented Spence from sustaining a music career in the following decades. He briefly returned to music in the 1990’s. Spence died of lung cancer on April 16, 1999. He survived by four children, 11 grandchildren, a half brother, and a sister.

Like a rough, more obscure counterpart to Syd Barrett, Skip Spence was one of the late '60s' most colorful acid casualties. The original Jefferson Airplane drummer (although he was a guitarist who had never played drums before joining the group), Spence left after their first album to join Moby Grape. Like every member of that legendary band, he was a strong presence on their first album, playing guitar, singing, and writing "Omaha." The group ran into rough times in 1968, and Spence had the roughest, flipping out and (according to varying accounts) running amok in a record studio with a fire axe; he ended up being committed to New York's Bellevue Hospital. Upon his release, Spence cut an acid-charred classic, Oar, in 1969. Though released on a major label (Columbia), this was reportedly one of the lowest-selling items in its catalog and is hence one of the most valued psychedelic collector items. Much rawer and more homespun than the early Grape records, it features Spence on all (mostly acoustic) guitars, percussion, and vocals. With an overriding blues influence and doses of country, gospel, and acid freakout thrown in, this sounds something like Mississippi Fred McDowell imbued with the spirit of Haight-Ashbury 1967. It also featured cryptic, punning lyrics and wraithlike vocals that range from a low Fred Neil with gravel hoarseness to a barely there high wisp. Sadly, it was his only solo recording; more sadly, mental illness prevented Spence from reaching a fully functional state throughout the remainder of his lifetime. He died April 16, 1999, just two days short of his 53rd birthday; the tribute album, More Oar: A Tribute to Alexander "Skip" Spence, featuring performances by Robert Plant, Beck, and Tom Waits, appeared just a few weeks later.

Alexander Lee “Skip” Spence (April 18, 1946 – April 16, 1999) was a Canadian-born American musician and singer-songwriter. He was co-founder of Moby Grape, and played guitar with them until 1969. He released one solo album, 1969’s Oar, and then largely withdrew from the music industry. He had started his career as a guitarist in an early line-up of Quicksilver Messenger Service, and was the drummer on Jefferson Airplane’s debut album, Jefferson Airplane Takes Off. He has been described on the Allmusic website as “one of psychedelic rock’s brightest lights”; however, his career was plagued by drug addictions coupled with mental health problems, and he has been described by a biographer as a man who “neither died young nor had a chance to find his way out.”

Early life: 1946–1965
Alexander “Skip” Spence was born in Windsor, Ontario, Canada in 1946. His father was a machinist. The family relocated to San Jose, California in the late 1950s, based on his father finding work in the aircraft industry. At the age of ten, Spence was given his first guitar by his parents.
Music career: 1966–1969

During the recording session of Moby Grape’s second album, Wow, in 1968, Spence attempted to break down a bandmate’s hotel room door with a fire axe, while under the influence of LSD. Spence’s deterioration in New York and the “fire axe incident” are described by bandmate Jerry Miller as follows: “Skippy changed radically when we were in New York. There were some people there that were into harder drugs and a harder lifestyle, and some very weird shit. And so he kind of flew off with those people. Skippy kind of disappeared for a little while. Next time we saw him, he had cut off his beard, and was wearing a black leather jacket, with his chest hanging out, with some chains and just sweating like a son of a gun. I don’t know what the hell he got a hold of, man, but it just whacked him. And the next thing I know, he axed my door down in the Albert Hotel. They said at the reception area that this crazy guy had held an axe to the doorman’s head.”

As described by bandmate Peter Lewis, it appears that both Jerry Miller and bandmate Don Stevenson were targets of Spence: “We had to do (the album) in New York because the producer (David Rubinson) wanted to be with his family. So we had to leave our families and spend months at a time in hotel rooms in New York City. Finally I just quit and went back to California. I got a phone call after a couple of days. They’d played a Fillmore East gig without me, and Skippy took off with some black witch afterward who fed him full of acid. It was like that scene in The Doors movie. He thought he was the anti-Christ. He tried to chop down the hotel room door with a fire axe to kill Don (Stevenson) to save him from himself. He went up to the 52nd floor of the CBS building where they had to wrestle him to the ground. And Rubinson pressed charges against him. They took him to The Tombs (and then to Bellevue) and that’s where he wrote Oar. When he got out of there, he cut that album in Nashville. And that was the end of his career. They shot him full of Thorazine for six months. They just take you out of the game.”

Moby Grape
During his six months in Bellevue, Spence was diagnosed with schizophrenia. On the day of his release, he drove a motorcycle, and as the urban myth goes (and not true according to his wife), dressed in only his pajamas, directly to Nashville to record his only solo album, with no other musicians appearing on it, the now-classic psychedelic/folk album Oar (1969, Columbia Records).

Decline: 1970–1999
Spence continued to have minor involvement in later Moby Grape projects and reunions. He contributed to 20 Granite Creek (1971) and Live Grape (1978), though his bandmates always included at least one of his songs on group recordings, irrespective of whether he was capable of performing with the group at the time. He had been similarly remembered by Jefferson Airplane, whereby his song “My Best Friend” was included on the group’s definitive Surrealistic Pillow album (1967), despite his departure from the group.

Due to his deteriorating state and notwithstanding that he was no longer functioning in the band, Spence was supported by Moby Grape band members for extended periods. Voluminous consumption of heroin and cocaine resulted in a further involuntary committal for Spence. As described by Peter Lewis, “Skippy was just hanging around. He hadn’t been all there for years, because he’d been into heroin all that time. In fact he actually OD’d once and they had him in the morgue in San Jose with a tag on his toe. All of a sudden he got up and asked for a glass of water. Now he was snortin’ big clumps of coke, and nothing would happen to him. We couldn’t have him around because he’d be pacing the room, describing axe murders. So we got him a little place of his own. He had a little white rat named Oswald that would snort coke too. He’d never washed his dishes, and he’d try to get these little grammar school girls to go into the house with him. He was real bad. One of the parents finally called the cops, and they took him to the County Mental Health Hospital in Santa Cruz. Where they immediately lost him, and he turned up days later in the women’s ward.”

Mental illness, drug addiction and alcoholism thus prevented Spence from sustaining a career in the music industry. Much of his life was spent in third party care, as a ward of the State of California, and either homeless or in transient accommodations in his later years. He remained in and around San Jose and Santa Cruz, California. Peter Lewis regularly visited Spence during the latter years of his life: “The last five years I’d go up‚ he lived in a trailer up there‚ Capitola. I used to hang around with him; we’d spend the weekends together. But he just basically kind of hit the…he was helpless in a way in terms of being able to define anything or control his feelings.”

As one of his four children, son Omar Spence, recalls, “When I saw my dad, it broke my heart. …There were moments of clarity when he was genius smart, and then he’d wander off having a conversation with himself. Here’s a homeless guy that most people would walk past and pity, and he’d say, ‘I’ve been working on a song’, and he’d scratch out some barre chords and musical notes on a napkin.”

In 1994, he participated in a music program for the mentally ill, sponsored by the City of San Jose. Two years later, in 1996, he was commissioned to write a song for the The X-Files soundtrack, Songs In The Key of X; though not used, it was included on the More Oar tribute record as “Land of the Sun”.

Passing & Legacy
Alexander Skip SpenceSpence died in 1999 from lung cancer, two days before his 53rd birthday. More Oar: A Tribute To The Skip Spence Album, an album featuring contributions from Robert Plant, Tom Waits, The Durocs and Beck, among others, was released a few weeks after his death. Prior to its release, the CD was played for Spence at the hospital, in his final stages before death. Spence is interred at Soquel Cemetery in Santa Cruz county.
Legacy

Spence has been described on the Allmusic website as “one of psychedelia’s brightest lights”. Spence wrote “Omaha” for Moby Grape’s first album which Rolling Stone Magazine listed in 2008 as one of the 100 greatest guitar songs of all time.

In June, 2008, a Skip Spence Tribute Concert was held in Santa Cruz. The concert featured Spence’s son Omar, who has sung with various configurations of Moby Grape in recent years. Omar Spence, singing his father’s songs, was backed by the Santa Cruz White Album Ensemble, with Dale Ockerman and Tiran Porter, both formerly of the Doobie Brothers, and both of whom have played with various members of Moby Grape in several bands over the past three decades. Keith Graves of Quicksilver Messenger Service played drums. Peter Lewis joined the group onstage for the finale. An additional Skip Spence tribute concert was held in October, 2008. 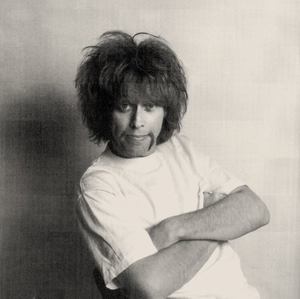 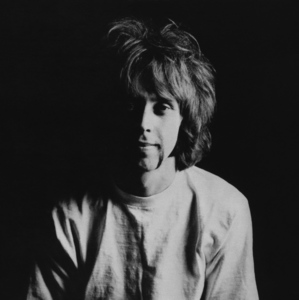