SAM KAZEROONI
FOR THE LOVE OF ROCK ...

Sam’s love of music stems back to the heyday of heavy metal and hard rock, with guitarists like Tom Scholz, Vito Bratta, John Petrucci and Joe Satriani mesmerizing him until he acquired his own electric guitar at age 15. Since then he has been composing and recording his own original instrumental tracks with an emphasis on soulful sounds, howling melodies and eclectic hooks that tug at the heart-strings.

Completely self-taught and determined to create his own sound, Sam compiled his tracks into albums, eventually working with various producers and musicians around the world. His first album was released in 2000 with Sony BMG Records, and since then he has recorded and produced five album projects, the latest of which has yet to be fully released.

Sam is currently on the hunt for a new label and looking for a home for his new album. Please feel free to sign up to the mailing list for updates, and be sure to check out some of the latest material on his website today!

Sam Kazerooni is Iranian, he started the band once he lived in Dubai, United Arab Emirates before re-locating to Vancouver, British Columbia, Canada and then to Calgary, Alberta. 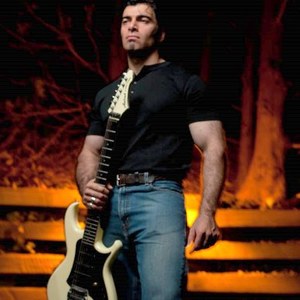