Drew Nelson is one of Canada's truly gifted and original blues influenced artists performing today. His live shows are infused with his amazing slide guitar work, gritty vocals and a great sense of humour that leaves an audience with the feeling that they've made a new friend. And, the quality of Drew's song writing and recorded work are on a par with the best of its kind, anywhere.

For over 30 years Drew Nelson has worked as a band leader, arranger, songwriter, producer, performer and recording artist, leaving his mark on the Canadian music scene. During that time his music has won numerous awards and widespread acclaim from around the world. In his early teens he developed a passion for the country blues of the Mississippi Delta and the hard electric blues sounds from Chicago as played by the masters: Muddy Waters, Elmore James, Little Walter and others.

In his early teens Nelson was fortunate to find a guitar teacher who taught him slide guitar as well as jazz and blues forms. By 16 he was performing professionally and in 1980 co-founded a group with the late harmonica wizard Back Alley John. This outfit toured Canada extensively and was one of the first true blues bands in Ottawa. The Drew Nelson Band was formed in 1989 and began touring throughout Canada, scoring a Juno Award for the song ‘Nothin' to Show’ in 1991. The band has also toured and recorded with Canada’s iconic blues pioneer Dutch Mason. The album ‘You Can’t Have Everything’ was nominated for a Juno award and material written by Nelson for these collaborations has been included in anniversary compilations from the Stony Plain Records label. Nelson’s music has also been featured on film soundtracks and television productions including the series ‘DaVinci's Inquest’. Nelson and his group have often opened for, or shared the stage with, blues headliners such as B.B. King, Bo Diddley, Buddy Guy, Junior Wells, Stevie Ray Vaughan and many others. 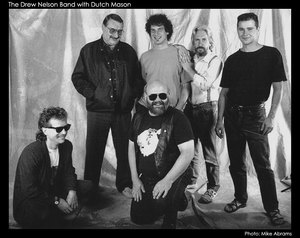 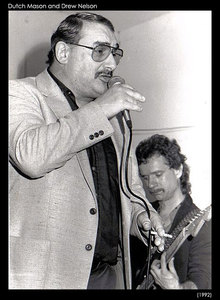 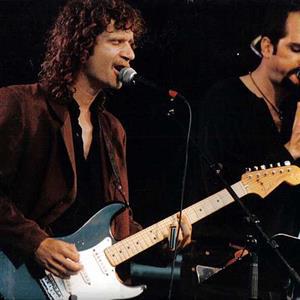