Charade was a southern Ontario band, in existence from 1974 to 1988. They toured the Maritimes, Quebec, Ontario, Manitoba, upstate New York and Florida.

Charade started in June 1974 as a five-piece band working the cruise ships out of Miami. They then returned to Canada as a show-band, performing Beach Boys and Four Seasons medleys, plus humorous take-offs of Paul Anka’s You’re Having My Baby, the Supremes Stop in the Name of Love, John Denver’s Country Roads, Barbra Streisand’s The Way We Were, and the Ides of March’s Vehicle. Also developed a reputation for their live performance of Queen’s Bohemian Rhapsody and their Theatrical Rock show (“the Kiss Show”). It was in this “show-band” period that Living in the Magic of Love and Get a Little Closer were recorded.

In August, 1980 the four-piece version of Charade disbanded…the following year Alan and David put together a duo with Alan on guitar and sax, and David on keyboards and drum synthesizer…Alan & David received permission from the previous members of the band to continue under the name Charade. They played clubs, colleges and one-nighters thru to 1988, when they disbanded for the last time.

Where Are They Now?
Of the band-members that recorded Living in the Magic of Love and Get a Little Closer, one lives in Massachusetts, one lives in Florida, one lives in Peterborough, one lives in the Niagara Peninsula, and one (Alan Willaert) remains in the music industry, having risen to the position of Vice President from Canada, American Federation of Musicians of the United States and Canada.

Rick Capreol engineered A Foot in Cold Water first album, "Make Me Do Anything You Want" at Manta Sound in February & March 1972. 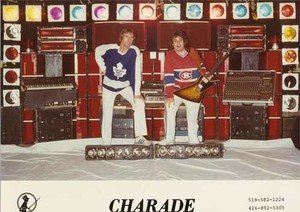 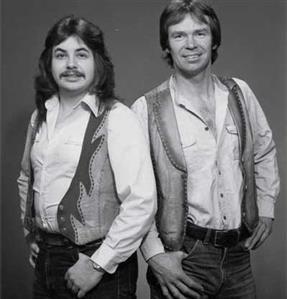