Born and raised in Saskatoon Saskatchewan, Amy Caudle began showing her passion for music, at only six years old. By the age of ten, she had already developed the guitar skills and confidence, to share her rich organic sound for different audiences around Saskatoon. Her talents as a young guitarist quickly developed. Taking the stage for various events and open mics around the city. This is what she was born to do, and the questions surrounding her rising talent as a self taught artist would soon be unveiled. Continually, Amy pushed herself to new heights, but at the age 16, her life had taken an unexpected turn. After a very serious horse accident, leaving her with a traumatic head injury and putting her in a coma. The doctors honestly believed she might never play the guitar, or sing the same again. A guardian angel was by her side that day because only several weeks after the accident, she recorded her debut album entitled “On the Edge”. In the next few years, Amy’s involvement in the music community grew. At 19 years old, she made the sudden decision to leave the prairies, heading west to find her new home in North Vancouver.

“Life’s just too short, when an opportunity shows itself; you have to go for it. I was afraid if I didn’t, I might miss my chance.” Finishing her first project with DCM Studios in Vancouver, with her emotionally power packed single “Falling in Two.” Her strive and commitment towards this Dream was slowly becoming a reality. After a full year of busking on Vancouver sidewalks to afford studio time, she has finally finished recording her debut EP "Part of Me” - Produced By: Martin Acosta Mixed By Delwyn Brooks HMP Records...!! Stay tuned for updates as it won’t be long until it's officially released. 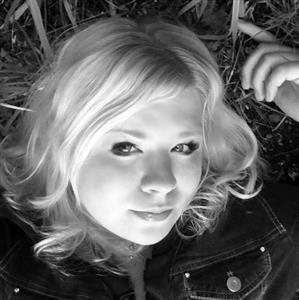