Canadian poet, musician, journalist and composer William Hawkins was born in Ottawa, Ontario, in 1940, where he continues to live and sporadically write poems.

From '64 to '71, Hawkins published five collections of poetry, appeared in two landmark anthologies, and started to become recognized nationally as a poet. He had a major impact on the Ottawa music scene as a singer-songwriter and instigator of adventurous new bands.

Ottawa had its own bohemian underground in those days, and the hub was Le Hibou, a legendary downtown coffee house. Musically speaking, Le Hibou was the only place to perform between Montreal and Toronto. At Le Hibou, William got to play host to the likes of Gordon Lightfoot, Judy Collins and Joni Mitchell. Jimi Hendrix dropped by one night. Richie Havens came to party. Le Hibou gave local musicians their start, and played host to an all-star poetry series featuring Irving Layton, Leonard Cohen, Louis Dudek, Raymond Souster, Gwendolyn MacEwen, Jacques Godbout, John Robert Colombo and Bill Hawkins.

His force of personality, worldliness and relative maturity made Hawkins a natural leader. Just as importantly, he was writing plenty of strong, original material for his musicians to play. Harvey Glatt, then owner of Treble Clef record stores and Bass Clef Entertainments, and later founder and principal owner of CHEZ-FM, was there in the background, advising them on artistic, legal and financial matters, investing in their talent, giving them a chance. Harvey was, and remains, a quietly influential animator of Ottawa’s artistic life, an entrepreneur with soul. He was always a supporter of Hawkin’s peculiar genius.

In the '60 and '70s, Hawkins was the central figure of a richly creative Ottawa-based music scene. His fugitive pickup bands included Bruce Cockburn, David Wiffen, Colleen Peterson, Amos Garrett, Darius Brubeck, and Sneezy Waters. The personnel in William's bands constantly shifted and re-formed, according to circumstance and the vagaries of who happened to be in town.

The bands were called The Children (with a nucleus of Cockburn, Wiffen, Wells, Waters, Sandy Crawley and Richard Patterson) and Heavenly Blue - and, once, on the occasion of the Queen's centennial visit to Ottawa, The Occasional Flash, playing before Her Majesty at Lansdowne Park. The New Heavenly Blue performed Bill's music for Pierre Elliott Trudeau's victory party in 1968, and for the National Film Board of Canada's release of Christopher's Movie Matinee. Bill's songs began to get around.

They opened for Gordon Lightfoot's tour, The Beach Boys in Ottawa, and the Lovin' Spoonful at Maple Leaf Gardens. "It's a Dirty Shame," The Esquires' version, was regional number one hit. Songs were recorded by Tom Rush, Brent Titcomb, and Three's A Crowd.

In September 2008, the CD Dancing Alone, songs of William Hawkins was released by True North Records under the musical supervision of Ian Tamblyn and the support of Harvey Glatt. This exceptional recording interprets Hawkins' music and the lineup brings together two generations of Canada´s best folk, blues, jazz and country artists. Check out the who's talking page for reviews.

William Hawkins' 60s band, The Children, release their first album on June 18, 2013. The Children never released an album in their two–year career, yet they left behind a rich legacy of live and demo recordings. "Time Capsule: The Unreleased 1960s Masters" is on the True North Records label. Listen to CBC All in a Day interview to hear what Bill, Sneezy and Neville think about digging up the past.

William is the author of seven books of poetry, the most recent being his Selected Poems, also titled Dancing Alone, published by Broken Jaw Press in 2005.

In October 2010, Apt. 9 Press released Sweet & Sour Nothings which was to be Hawkins’ seventh book of poems. Originally announced in February 1980, the only appearance of these poems followed in an issue of Anthos. The text has been edited for this new edition by Roy MacSkimming. Apt. 9 is privileged to be (re)publishing this Hawkins title, coinciding with the release of the Wm Hawkins Folio.

In 2013, VERSeOttawa decided to create the VERSeOttawa Hall of Honour as a way of recognizing the important contributions made to the Ottawa poetry community. VERSeOttawa is proud to recognize William Hawkins in an induction ceremony being held on March 17th at the Knox Presbyterian Church.

In summer of 1963, Hawkins drove west with his friend Roy MacSkimming to attend a celebrated, one-of-a-kind writing course offered by the University of British Columbia English department: an intensive program for aspiring poets, juried into the program on the quality of their work. The program offered the chance to work with an astonishing "faculty," including Allen Ginsberg, Charles Olson, Robert Duncan and Robert Creeley.

When Ray Souster was deciding which poets to include in his classic anthology New Wave Canada: The New Explosion in Canadian Poetry (Contact Press, Toronto, 1966) he relied for suggestions on Victor Coleman, the poet and editor at Coach House Press. The anthology included Cull, Hogg, Reid and Wah, as well as Hawkins and MacSkimming. Others among the seventeen contributors included Daphne Buckle (later Marlatt), George Jonas, Barry Lord, bpNichol, David McFadden, Michael Ondaatje and Coleman himself.

The establishment critic A.J.M. Smith was assembling an anthology for Oxford University Press of outstanding Canadian poetry since the rise of modernism in the 1920’s. Smith happened upon the page proofs of New Wave Canada and Hawkins was one of four poets from the Contact Press book who caught Smith’s eye. Three poems of Bill’s duly appeared in Modern Canadian Verse (Oxford University Press, Toronto, 1967).

The Gift of Space: Selected Poems 1960-1970 (New Press, Toronto, 1971) is a hardcover, unpaginated, with another great cover drawing by Chris Wells.

Dancing Alone: Selected Poems 1960-1990, with a preface by Bruce Cockburn and an introduction by Roy MacSkimming was published by Broken Jaw Press Cauldron Books , 2005.

Sweet & Sour Nothings was to be William Hawkins’ seventh book of poems. Announced in February 1980, the only appearance of these poems followed later in the year in an issue of Anthos Anthology. Following this appearance, and a subsequent broadside (“Still Life”), Hawkins entered a period of extended publishing silence lasting until 2004. No material from Sweet & Sour Nothings appeared in 2005’s Dancing Alone (Broken Jaw), and it is not recorded in existing bibliographies or essays.

Apt. 9 Press is privileged to be (re)publishing the long-lost Hawkins’ Sweet & Sour Nothings, coinciding with the October 2010 release of the Wm Hawkins Folio. The folio began as a bibliographic project, intended to document as completely as possible William Hawkins’ catalogue of work. During the research and writing of the descriptive bibliography which now comprises half of the folio, William Hawkins gave his blessing to reproduce several of the legendary poster poems of the 1960s.

In March 2013, William Hawkins was inducted in VERSeOttawa's Hall of Honour in recognition of his contribution to the Ottawa poetry community. 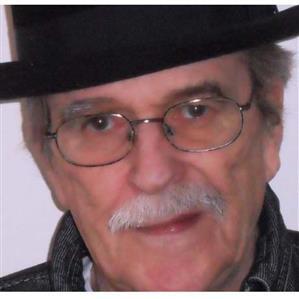