Michael Feuerstack is a Montreal based singer/songwriter, producer and multi-instrumentalist. Widely acclaimed for his work as Snailhouse, a name under which he toured extensively and released a staggering amount of music since the mid 1990′s, Feuerstack is now starting fresh under his own name.

On a forthcoming album of relatively stripped down songs, Feuerstack ushers in a new chapter for his solo work – one that weaves together all of the rich experience and influences of his vast and varied career. The album, titled Tambourine Death Bed, features guest appearances by Colin Stetson, Laurel “Little Scream” Sprengelmeyer, Mathieu Charbonneau (Torngat, Luyas, Ferris Wheel), Nathan Gage (Shapes & Sizes, Elfin Saddle), Sebastian Chow (Islands, Caroline Keating) and Jeremy Gara (Arcade Fire).
Snailhouse’s last two records were co-produced and mixed by Jeremy Gara (Arcade Fire). 2008′s Lies on the Prize was nominated for the Polaris Music Prize that year, and last year’s Sentimental Gentleman served even further to expand the considerable audience for the project.

Aside from a dizzying schedule of performing and recording his own songs, Feuerstack can be found contributing to a multitude of other projects: he has just joined as a touring member of The Luyas, played lap steel in the Juno Award winning Bell Orchestre since 2005, and toured or recorded with the likes of Angela Desveaux, Bry Webb, Land of Talk, and Little Scream, among many others.
Before all that, Feuerstack was a founding member of Ottawa art-rock band Wooden Stars, who won a Juno back in 2000 for their collaborative album Julie Doiron & the Wooden Stars. Never one to sit still, Feuerstack has recently also been found in the production credits of albums by Paper Beat Scissors (Forward Music Group, March 2012) and others.

Feuerstack’s panoramic and literate musicality can been seen live in many forms. The beauty of the performances, like those of any great singer/songwriter, is that his songs can transcend any boundaries, to be heard in all genres of music. Whether performing solo or with any combination of his diverse and impressive cast of collaborators, Feuerstack’s performances collect fans of an uncommon loyalty, which speaks to the quality of the music. In the age of over-saturation and short attention spans, Michael Feuerstack creates music that is worth hanging on to. 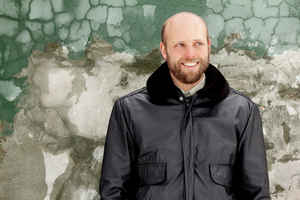 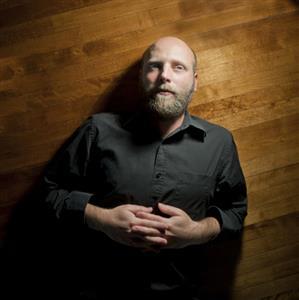