Salt And the Choppers

"Salt and the Choppers is a Canadian pop/rock band of four songwriter/musicians from Eastern Canada who offer a diverse catalogue of energetic rock, infectious pop, and dreamy, poetic gems characterized by lush layered harmonies and a signature instrumental style.

They started as a high school band in Saint John NB Canada playing nothing but original songs written by the members. Although after high school they pursued separate musical careers in the Canadian music industry, the magic spark that had been ignited never faded away. After a just-for-fun reunion recording session of old songs in January 1981, that spark caught fire again and with a vengeance. Over the next five years they scheduled as many recording sessions as living in separate cities would allow, resulting in a total of 31 completed recordings from studios big and small from Saint John to Toronto.

In 2019 they were back at it again and now in 2022 they are releasing their catalogue through all the major music services. The Choppers live in Saint John, Montreal, and Toronto. There is more information at saltandthechoppers.com.” 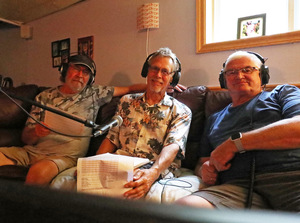 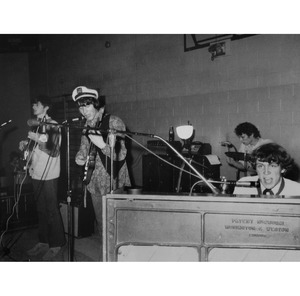 Salt And the Choppers