If the unique Rontheo album has succeeded to stay in the top charts of collectors item records - still after 35 years - here are some good reasons for that. Firstly, it is the outstanding quality of its sound recording - not too many of the good folk musicians of the seventies have had the luck to get free access to a full 24-track recording studio for over an entire year.

The studio, located in the German town of Wiesbaden, had been provided by the prestigious and century-old music editor Breitkopf & Hartel. No other than the composer Peter Muhlbauer - also the editor's delegate producer - had written the fine vocal arrangements which give the album its unique and special character. Unfortunately. due to internal management issues, the company closed down its folk division after only 1,000 copies of the album had been printed and sold.

Ever since they met in 1974 at the fanmous "Steckdose" - a renowned folk club in Germany's Saarland - Rontheo have been touring and recording with different formations, such as Noah's Road Show, Jacara, Abbittibbi, The Groove Merchants and many others, sometimes together, sometimes apart, all over Europe, Canada, and the USA.

Presently, Ron lives in the Rocky Mountains in Washington State, where he plays with his band Franken Horse. Theo works with two other folk musicians, Jesse Ens and the country singer Bobby Dove; he lives in the Appalachian Mountains near Montreal, Quebec.

Future plans:
Both Theo and Ron have always been dreaming of an occasion to release their never before published songs on a second Rontheo album which would meet the high standards set by the first album.
-Ron Di Tomaso and Theodor Busch 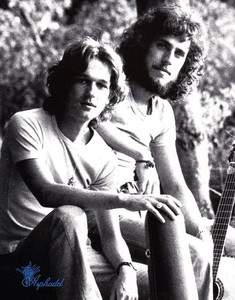 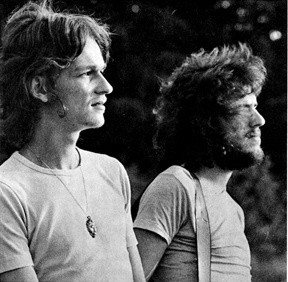 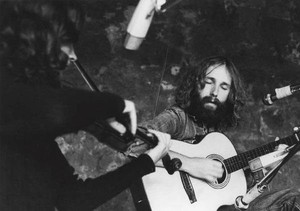 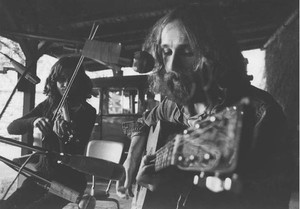 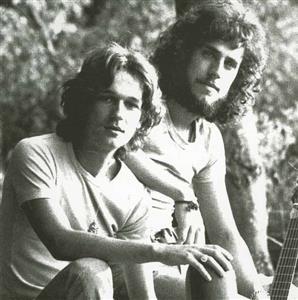