Garage rock band Ponctuation, formed by Quebec City brothers Guillaume and Maxime Chiasson, present their first album, 27 Club, available in stores March 19th via Bonsound. Recorded totally on tape, this album is a breath of fresh air to the franco rock scene with its innovative sound (no-fuss, raw, and rich).

After releasing two self-produced EPs in 2011, 27 Club, recorded and mixed at studio Hotel2Tango in Montreal by Howard Bilerman (Arcade Fire, The Spaceshits, King Khan & BBQ, etc), is the band's first full-length album. True to their lyrical themes, the band recorded the album in record time. To really capture the live vibe, they jammed all the instruments into the same recording room. Explains Guillaume Chiasson, We put the band through the wringer, recorded it all on tape, we have nothing to hide. We will never be in the club anyways. Two hairy brothers, a grungy guitar, a primitive drum, facial gymnastics and all that in French. Whether you're listening to the catchy À bout de souffle or garage rock tunes like Belvedere or Pete Townshend, the heavy, riotous guitar riffs will make you want to kick up your feet. Bottom line, 27 Club is really unique, just like the band! 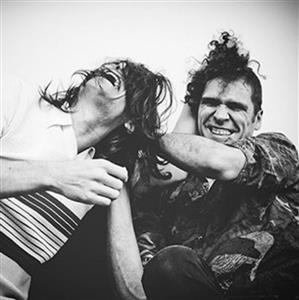