If you were going to describe Toronto's punk scene today, two words inevitably come to mind: Fucked Up. Fucked Up have made the city (and country) proud with their unique brand of politicized, smart, genre-bending, punk-meets-everything music. However, way back in 1998, Countdown to Oblivion were doing the same thing, although on a much smaller scale. The band brought punk and thrash together for a blend of metallic hardcore that sounded like Slayer on a surfboard. With a few scattered releases through the early '00s, A389 has now done everyone a favour and brought all of Countdown to Oblivion's recorded material together for the first time. The collection is a snapshot into the city's angriest scene over a decade ago, showing that Toronto had hardcore innovation before Fucked Up. It's also a great look into a generation inching towards Gen Y: still struggling with heavily politicized, personal-is-political sentiments that defined the '90s while approaching a new century that would reinvent narcissism. The band's liner notes look back fondly on their political aspirations while recognizing that, for almost everyone, youthful utopianism gives way to cynical maturity. While Naomi Klein was writing and launching No Logo, Countdown to Oblivion were tearing up venues, screaming lines like, "Sick the pigs on the students; they're getting out of hand." With a renaissance of political struggle across North America in the Occupy Movement and a full-blown Arab Spring underway, this is the most appropriate time for this collection to see the light of day.
-By Kiel Hume, Exclaim, April 3, 2012 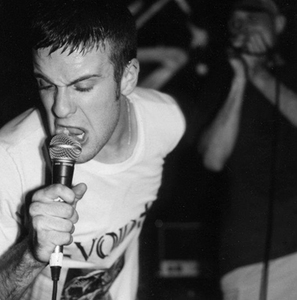