Although so slight in stature that he could not serve in the army, Willie Eckstein stood as a giant among Montréal's popular-music pianists from the very earliest days of ragtime and jazz in Canada. This highly talented musician was on the cutting edge of popular piano and dance music during the 1920s and 1930s, and was among the first Canadians to perform on live radio and to record ragtime music.

William Eckstein was born in Montréal on December 6, 1888. He received classical training in piano as a very young child, including lessons from a teacher at McGill University from the age of six. As his talent manifested itself, the boy quickly became recognized as a child prodigy. A career as a concert pianist seemed to be in the works and Willie was, in fact, at age 12, awarded a piano scholarship to McGill. However, because his family was not well off, he gave up this opportunity in favour of becoming a paid performer on the vaudeville circuit.

As a vaudeville star, Willie played the piano on Broadway and on tour in Canada and the United States, for 6 years, billed as "The Boy Paderewski". His engagements were varied: the Canadian National Exhibition; Montréal's Karn Hall; and the White House, where he played for President Theodore Roosevelt. After 1905, while still in his teens, Eckstein made a successful European concert tour that included further piano study in Sweden and Germany.

As Eckstein reached the age of 18, he was obviously too old for the boy prodigy act and he had to leave the vaudeville stage. In 1906 he returned to Montréal and re-established himself as a talented accompanist for silent movies. By 1912, he was demonstrating pianos for J. W. Shaw, a local instrument maker and retailer, and starring as the Strand Theatre's pianist, where he became known by the nickname "Mr. Fingers". Officially, the theatre billed Eckstein as "The World's Foremost Motion Picture Interpreter", since his playing was often more popular than the film itself. Legend has it that even Sergei Rachmaninoff, who saw Eckstein perform at the Strand, commented about his playing: "I don't believe it".

Within a few years Eckstein was also making a name for himself as a songwriter. Ragtime music was at its peak of popularity and Eckstein contributed to the genre by co-writing the piano rags "Delirious Rag" and "Perpetual Rag" with his protégé, Harry Thomas (1890-1941). Thomas recorded these rags as piano rolls in New York in 1916. (Eckstein and Thomas had anticipated the Jazz Age, which had not yet fully arrived in Canada. It was not until the following year that the Original Dixieland Jazz Band's "Livery Stable Blues" became the first jazz recording released in Canada.) Harry Thomas has been described in the Canadian Jazz Discography as Canada's first real jazz musician; his playing on "A Classical Spasm" demonstrates the skills he learned from Eckstein.

Ragtime was a natural genre for Eckstein to turn to, since it is a composed form of music whose roots are partly in the European classical tradition in which he had been coached. Ragtime's other roots are in the music of African-Americans; indeed it started as music for and by African-Americans. Caucasian Americans and, later, Canadians such as Eckstein, saw possibilities in the new music and borrowed from it. Eckstein specialized in a form known as "novelty rag", which featured flashy virtuoso passages and a high degree of technical difficulty. It should be noted, however, that Eckstein's playing did not fit the strict definition of jazz, largely because he did not improvise, as jazz musicians do.

Eckstein wrote songs in addition to his ragtime pieces. Among these were several patriotic songs, which he was spurred to write when he was refused the opportunity to serve in the armed forces because of his height, which was under five feet (around 150 centimeters). Music became Eckstein's contribution to the war effort; he composed songs such as "Goodbye Soldier Boy" (1917), and performed at war rallies. He enjoyed some success with popular songs, too, such as his "You Are My All In All" (co-written with Thomas; lyrics by Walter Bruce), which was published by Montréal's Delmar Company around 1917.

Another Eckstein song, "Goodbye Sunshine, Hello Moon" (lyrics by Gene Buck), was featured as part of the Ziegfeld Follies 1919 revue.

Eckstein established himself at the forefront of popular music in Montréal and in Canada. In 1919, he made broadcasting history by giving the first-ever live radio performance in North America. This was on Montréal radio station XWA (later known as CFCF); Eckstein provided the piano accompaniment for singer Gus Hill.

Around this time, Eckstein was performing with one of the first jazz bands in Montréal; this was Eckstein's Jazz Band, led by his brother Jack. Willie also played and recorded with his own instrumental band called, variously, The William Eckstein Trio, or the Willie Eckstein Trio. They made many recordings, including one of "Goodbye Sunshine, Hello Moon" for His Master's Voice, featuring a ragtime piano solo by Eckstein. This band also recorded various popular songs and sentimental ballads, such as "That Tumble-Down Shack in Athlone" and Lieutenant Gitz Rice's "Burmah Moon". Typically, the trio employed piano, violin and xylophone. Eckstein's energetic, accomplished playing can also be heard in the ragtime-style solo on "Eyes That Say I Love You", composed by Fred Fisher.

Additionally, Eckstein made recordings as a piano soloist for the Apex and Okeh labels, among others, including a few under the pseudonym "Vi Palmer". He was also a featured performer from 1929 to 1932 with the Victor label. It is also possible that Eckstein backed up the Dumbells Orchestra on one of their recordings ("Such Melodious Racket", p. 97). A recording among Eckstein's most noteworthy was made in 1923: this was the first solo-piano 78-rpm recording of "Maple Leaf Rag," written by Scott Joplin, the foremost composer of ragtime, who had died five years earlier.

Other notable Eckstein recordings include "Music (Makes the World Go Round)", which he co-wrote with Billy Munro. Eckstein recorded this song in 1922 with the Montréal "hot dance band" Melody Kings, of which Munro was a member. The recording showcases a jazz-style improvisatory piano solo by Eckstein. The Melody Kings were one of the few bands making "jazz" recordings in the 1920s in Canada. (Hot dance music, usually played by bands that had piano, saxophone, and cornet or trombone, was then thought of as jazz; but in fact several characteristics distinguished it - and Eckstein's piano style - from true jazz. These included arranged solos and a more restrained swing rhythm.)

In 1930, the multifaceted musician left the Strand Theatre when the demise of silent films brought the end of live piano accompaniment in those venues. Eckstein moved instead to cabaret, radio and early television shows. He entertained audiences at many Montréal clubs, eventually settling at the Château Ste. Rose nightspot, where he starred in the late 1930s and early 1940s. His act included improvised two-piano duets with Robert Langlois and others.

In 1959, Eckstein again came to prominence for a patriotic song when he wrote "Queen of Canada", in honour of Queen Elizabeth II's royal tour of Canada. Eckstein received letters of thanks for the song from Buckingham Palace, Governor General Vincent Massey and Prime Minister John Diefenbaker.

By that time, Eckstein had been entertaining audiences for well over a half-century. He wielded considerable influence on his fellow Montréal pianists, as well as his protégés and collaborators, such as Harry Thomas and Bob Langlois. Another noteworthy protégé was Vera Guilaroff (1902-1976), a fellow Montréaler and novelty ragtime pianist who collaborated with Eckstein in radio and nightclub performances under the name "The Piano Ramblers", and who was one of his co-writers on "Lonesome Rose". Willie Eckstein led the way for a generation of Canadian jazz pianists, among whom was Oscar Peterson.

In May 1963, Eckstein's many friends and fans held an appreciation night to commemorate his long career. It was his last public performance; later that night he succumbed to a stroke, from which he died four months later, on September 23.

The music of Willie Eckstein has been kept alive by recording artists, including the well-known jazz singer Sarah Vaughan; and as recently as 1999, the French-Canadian ragtime pianist Mimi Blais recorded Eckstein's "A Musical Massacre", based on a Frederick Chopin composition.

Eckstein was the type of pianist who is often envied by both classical and jazz musicians: he was skilled in classical piano technique, while able to perform convincingly in popular styles. A multi-genre musician, he left a legacy of achievements as a performer, songwriter and recording star. 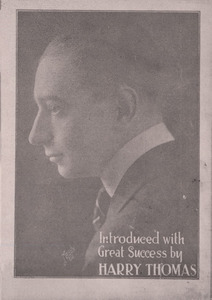 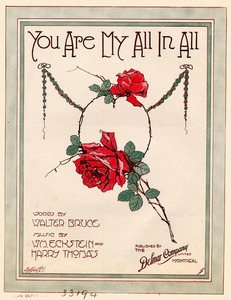 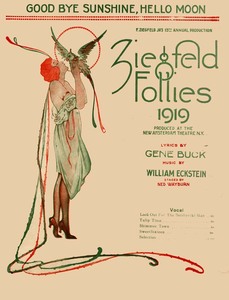 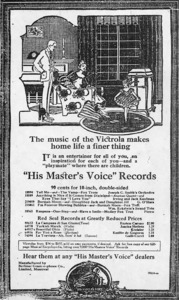 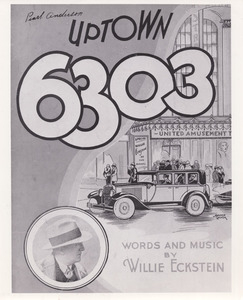 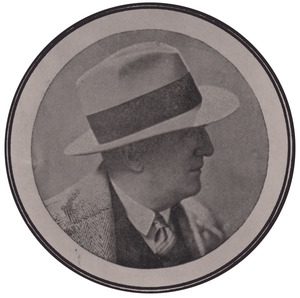