Most musicians debase their art. Realizing it or not, they forget that the essence of great music stems from being honest to one person: themselves. Bastardizing their sound in an effort to appeal, garner attention of fit in, they demean the one thing that defines them.

Toronto-based quintet Low Level Flight (LLF) aren't about to pander to anyone. With eyes solidly set on reaching their destiny through sincerity and fortitude, they've seen what's behind the facade. And wisely turned their backs.

Since 2006, this band of hook-laden independent rockers have been carving a fresh path thanks to a common vision, an inimitable sound and some fiendishly fetching music. It's an accomplishment highlighted by their latest work, sophomore opus Through These Walls (Brave Rekords).

Initially conceived by Malcolm as a means of moving beyond the solo material and world of facetious pop he had grown distasteful of, the band's debut effort Urgency (2007) saw Low Level Flight amalgamate primary influences such as the lilting, atmospheric flare of Interpol and Muse's almost symphonic indie rock delivery into an entirely unique overture. Ravenously embraced, the album garnered no less than three Top 10 videos and two Top 40 singles whilst bringing their music across the United States, Canada and even an extensive tour of India.

Signing on with the country's revered Time Music, in conjunction with Bombay Rock Association and via sponsors including Rolling Stone India, Jim Beam, Hard Rock Cafe and the Canadian government, LLF brought their peerless sound to the likes of Mumbai, Pune, Bangalore and Delhi, an experience Malcolm and crew revel in.

"It was incredible," he exults. "Seeing how a country so different from your own can be so excited for the music you've created is amazing. During our tour of India, we also saw our first single/video hit Number One on MTV, while breaking attendance records at multiple Hard Rock Cafe venues was a shock."

Tapping the expertise of revered producer Gus Van Go (The Still, Priestess, The Trews) in order to document Through These Walls ensured LLF's purest vision was captured only after it was nurtured and provoked. Utilizing his wealth of experience and a devout interest in creating the best possible songs, Van Go brought out unheralded creativity from the band while also offering unique perspectives on overall approach.

The results of those efforts are immediately evident on Through These Walls, a virulent display of cohesiveness, stability, resounding rhythms and anthemic prowess. Penned in their rehearsal hall over the course of two years, the band worked diligently at ensuring their innate ability to commingle brawny ability with captivating harmonies and melodies isn't just represented on Through These Walls. It's epitomized.

"Writing comes for us rather quickly because we all bring our own sound to the table and it's incredibly complimentary," Malcolm notes sincerely. "Urgency was great but I felt there could have been a more pointed direction. Some songs were heavy, some were melodic and others were dance rock. It's tricky but it did offer us cool and unique stance. Through These Walls has a more persevering sound because its influences are streamlining through the members of the band."

"It's not like we have hard feelings about our past but this is a new band," beams Merenick, confident about LLF's growing fortitude. "We've evolved into this fresh sound that we're proud of. The last album was great but Through These Walls is new in so many ways. It's definitely a new chapter in the band. We've evolved for the better. From the continuous sound—like a band, not professionally-written pop/rock—through to the actual performances on record, the feeling is organic; genuine."

At that, Through These Walls is striking onslaught of honed vision, unadulterated precision and—most importantly—guileless relation. Melding personal experience with insightful learnings, everything from the occasional interpersonal, philosophical musing to hard sagas are relayed on this divinely direct affair. Refusing to rest on the laurels of typicality, tracks including cold war-influenced "Quiet Rage" and "Exit" (documenting how starving countries have been eschewed/ignored by more powerful nations) ensure Through These Walls is impacting, powerful and compelling.

"We're not happy-go-lucky songwriters," Malcolm maintains. "We're not gonna lie to you with, 'baby baby' songs. People may try to put things out of sight and mind but we won't let you get away with it. The title track is about a written by an inmate on Death Row for that matter. It's unnerving but it's real life."

Fundamentally, while Urgency established Low Level Flight, thanks to allied—and vested—interest, Through These Walls exudes deeper passion and cemented ingenuity; a tighter unit and greater drive live. It proclaims LLF as an enduring, dedicated band thriving from their musical lifeblood. Moreover, it affirms their dominance, independence and stability via fortitude, dedication and relentlessly fetching tunes.

"As much as we like to survive—eat and pay rent—there's nothing like seeing someone connect with your music live," Malcolm concludes. "That's what makes it all worthwhile. Respect is like a massive boulder you have gain parts of. We're chipping away at it, gaining more and more with our performances and songwriting. Through These Walls is what's gonna give us our biggest piece of that rock." 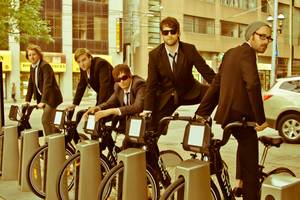 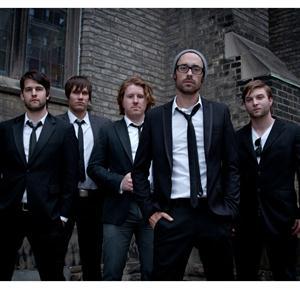