“It’s the way I want to live my life,
Having the freedom to make my own decisions and not adhere to the rules of others,
To make art for my own well being, not for acceptance from the masses,
To listen to what my heart beats to, not to slave for another’s,
Give me the FREEDOM to make a life I choose - or hand me my DEATH”

In the 1820's during the Greek War of Independence "Freedom or Death" became the war cry for the people of Greece. Their passion, beliefs and desires were so strong, that they accepted no substitute. The Toronto-based, indie duo of Steve Fernandez and Sway Clarke adopted the name, as well as the mantra for their musical process. “We want to have the freedom to make the music and the artistic choices that we want. If we can’t have that freedom, we’d rather not put anything out, which is the death of our art,” says Fernandez, one half of the production and songwriting unit. Freedom or Death’s sound is rooted in everything, acoustic folk, electronica, traditional rock, hip-hop rhythms yet, is always anchored by their lyrics. “We didn’t want to get pigeonholed,” notes Sway. “It’s our freedom, to make the music however it comes out. We have two different sensibilities to making music that clash, but it’s how we actually reconcile them that’s interesting.”

With the release of their self-titled EP in 2010, and EGO, their second album April 26, 2011, they’re creating and making music their way. The two met while working at a major record label and have a solid understanding of how the music industry works. “We know what sold, we know how to make it, but we decided not to make it,” Sway says. “We decided we wanted to make music that we would like to listen to, regardless if it gets played on the radio or not.” Within three months, they had come up with an album’s worth of material and in true, Freedom or Death fashion, assumed all creative control; every song was written, produced, recorded and performed by the duo.

A gig at CMJ in New York City in October 2010 earned Freedom or Death preview accolades from the Wall Street Journal’s Speakeasy section, claiming the band as one of the top 12 ‘must see’ bands of the 1200 at the festival. At home, blogs have buzzed with praise for early released tracks. Two Freedom or Death songs in particular, “This Crowded Room” (earned a # 3 spot) and “Rule The World” (took #1) – and was deemed a “wildly inventive homage” to the original NAS/Lauryn Hill version, by noted music critic John Sakamoto on his Anti-Hit List (a staple of The Toronto Star), in November.

Yet, while they have proven they’re inventive and self-contained there is a strong desire to work with like-minded artists. “We are more interested in working with a collective of artists, rather than being a silo unto ourselves,” Fernandez says. “Our artwork is being done by artists that inspire us, our videos are being shot by directors that we want to work with.” Case in point, Fernandez and Sway, both fans of Spike Jonze’s work, felt such a connection to some of his existing film footage, that “Lost In Dances” was specifically written with the intent to marry the two. The resulting music/video mash-up is so natural, magical (and chilling). It’s a similarly clever dichotomy that seems to inhabit all of Freedom or Death’s work.

In December of 2010, Freedom Or Death opened a run of Canadian dates for Beast. They will play back in the U.S. and at CMW in 2011 not only on a festival slot, but the band will be curating their own in-store music events and showcases, hand-picking some like-minded artists to collaborate with.

Fernandez, a classically trained as a pianist has been a DJ for over a decade, while Sway has been a driving force as a vocalist and songwriter behind various bands. Musically Freedom or Death’s sound is eclectic, yet their approach to lyrics is clear; “We posed the question, are we going to write lyrics that resonate with a mass amount of people or are we going to write music from our heart?” Sway asks. “We decided to write things that had a truth to it. The lyrics are a really huge part, they’re not always the last part, but for me if there’s no lyrics for a song, the song stops.”

With a strong and steady creative process clearly working for them, stopping is the last point on Freedom or Death’s agenda. The plan is to tour and continue to expand the reach of their music. As long as the band’s art comes first and commerce a back seat, they will continue to make the music they want to make, for as long as they desire.

PRESS QUOTES:
"There's a palpable ache at the heart (of the) Toronto duo that'll be instantly recognizable to anyone who's ever felt like they were moving in slow motion while a crush of strangers rushes past you … they can make an electronic keyboard feel as organic as a plank of oak."
-John Sakamoto, Toronto Star, Anti Hit List, 2010

“Freedom or Death, a Toronto-based duo, express warmth whether they’re playing quiet folk guitars or electronic music under their engaging vocals. Wise is the executive who signs and nurtures them.”
-Wall Street Journal, 2010

“Earmilk said it best: ‘It’s like Bon Iver car pooled with the Junior Boys on the way to the Massive Attack concert – but they got snowed in.’”
-Indie Music Filter, 2010

"A Toronto based electro/soul duo made up of a couple of refugees from the music industry. Watch these guys."
-Alan Cross "Explore Music”, 2010

" Like an acoustic dreampop band (from space), these brothers grim lure you in with their harmonized vocals and chilly mystique. Their video for This Crowded Room – off of their first EP - has wholesome and ironic great white north flavour that tends to last."
-Earmilk, 2010

"Freedom Or Death is a mixing bowl of not just Toronto’s, but the world’s best, and they come with their own manifesto! Pop sensibility, a couple acoustic guitars, synths and drum machines, dancing shoes and some lyrical heart add up to success for this Toronto duo. If you like everything, you’ll like Freedom or Death – it’s a music lovers band."
-Lithium Magazine, 2010

“That said, there's no question that Fernandez and Sway comprise the creative core of Toronto's Freedom Or Death - they both write the music and lyrics, 50/50 - who are all square pegs and round holes when it comes to classification, employing as they do hip-hop, electronic and acoustic folk as well as rock elements in their seamless and soulful pop. It's a nifty trick - as evidenced on their self-titled, five-song debut EP, released this past June – and it's catching the ear of folks like the Wall Street Journal.”
-Hour Montreal, 2010 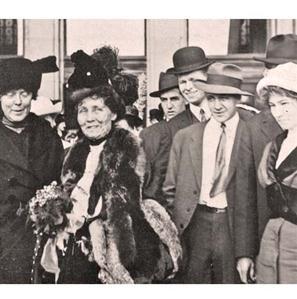