"We had been friends with Kenny Shields for some time and began our efforts to persuade him to join the band. We wanted someone strong up front to help project our fairly esoteric, jazz/fusion style. Kenny had been somewhat of a fan of the band since the early Wascana days and we thought the mix would be interesting. He balked for quite some time then in early '75 finally came to Winnipeg to talk seriously. He arrived at our band house on Henderson highway with his personal manager, Gary Stratychuk in tow. The proposal in a nutshell was Gary would manage the band leaving Gerry Stoll out of the picture. We consented, Gerry was somewhat hurt and we moved on under the wing of Star Kommand Productions.

The band was never quite the same. We drifted from our original ideas and turned into a pretty good mainstream rock cover band. While in Winnipeg we had hired a sound tech named Greg Skeen who in turn recommended David Lynes as a light tech. We hired David and soon after, Strat presented his idea for us to return to Saskatchewan and change the name to Witness to benefit from Kenny's past association with Witness Inc. We moved to Saskatoon in the spring of '75. Immediately after our move to Saskatoon, Gary promptly fired Greg. We then hired Guy Scott, from the BC interior.

Ken “Spider” Sinnaeve is a well known and respected bassist who lives in Winnipeg, Canada. A seasoned road warrior, his credits as a band member and sideman include some of the ultimate Canadian and international recordings with Streetheart, Tom Cochrane, The Guess Who, Kim Mitchell, Doc Walker and now Loverboy.

Spider has done numerous TV, Film and radio recordings and does frequent studio work in Winnipeg. He is also a songwriter and co-produced and wrote songs on several Streetheart recordings.

Ken has won numerous awards for his playing including 2 Juno awards (Canadian Grammy’s) and the Technics award for Bass player of the year, as well as two Western Canadian Music Hall of Fame inductions with legendary Canadian bands Streetheart and Loverboy. He has recorded with renowned musicians including drummers Anton Fig (David Letterman Band) and Mickey Curry (Hall and Oates, Bryan Adams), and also written columns on bass playing for the magazines Music Express and Canadian Musician. In 1994, he was interviewed by Peter Murray for a feature article in Canadian Musician Magazine.

Ken also plays locally with various bands, but every Sunday night has him at the King’s Head Pub, playing with All the King’s Men, a blistering rock fusion band that has a strong following with their own original material and classic covers.

Bob Deutscher was born in Regina, Saskatchewan, Canada. "My dad played banjo, violin. guitar, piano and harmonica. My sister Marge sang in jazz bands in her late teens and early 20's. On more than one occasion she would bring some musician home that she had met one of whom was Jerome Richardson who had been on tour with the Count Basie Orchestra. I was maybe three or four at the time. She sang several times on CKCK radio live studio broadcasts. She also built up a fairly extensive jazz record collection. I got an earful of a lot of great music from those old 78's. I sang at an early age. Once I got to go to the radio station with Marge and sang Rudolph The Red Nosed Reindeer over the air. The DJ gave me 50¢. My first paying gig! As a kid I enjoyed playing the harmonica, singing in school choirs, listening to the radio and trying to pick out tunes on my Dad's violin. At 12, he bought me a student violin but that just triggered my desire to play the guitar. I never did learn to play that fiddle.

At thirteen in my sister Millie's house in Regina with my brother-in-law's Stella acoustic. I hadn't yet gotten my own first guitar, a Harmony arch-top which my brother Willie gave me for Christmas '61. Sometime in 1960 I had gone to see the movie "The Gene Krupa Story" and was so inspired I tried to turn my dad's tenor banjo into a drum by laying a cloth over the strings and tapping on the gut head with chopsticks. I wound up busting all but one string and decided I had better try to play it as a banjo instead. After re-stringing that banjo I attempted to play the Duane Eddy tune, The Theme from Peter Gunn - with one finger. I found that those early Duane Eddy and Ventures tunes were a lot easier to play on the guitar. Thankfully the rest of my fingers joined the party. That old Stella is long gone but I still have the banjo!

Winnings from the CKCK-TV quiz show for 8th graders "Knowledge College" including a set of the Encyclopedia Britannica, the Great Books Of The Western World and the Beltone electric guitar and Gibson GA 8-T amp I bought with my Grand Prize cash. I was on my way. Those days a lot of my influences came from what I'd hear late at night in bed through the earpiece of my geranium crystal "Rocket Radio". I'd listen to US AM radio stations like WLS Chicago and KOMA Oklahoma City. I had learned the Freddy King tune Hideaway from hearing it on that little toy." read more here: http://checkone2.net/chronology.htm 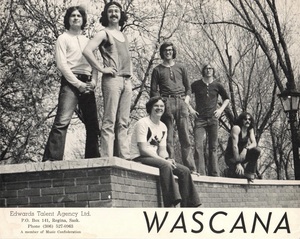 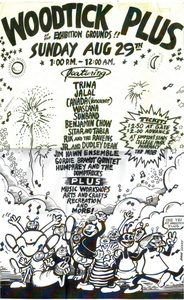 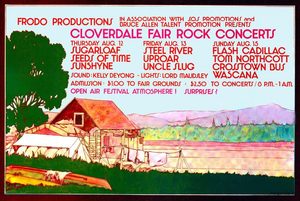 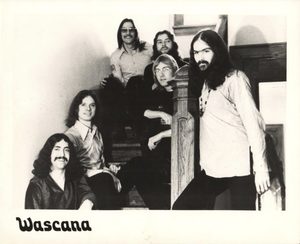 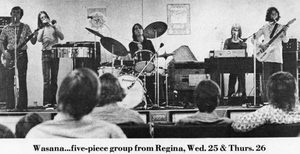 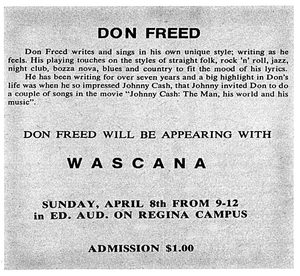 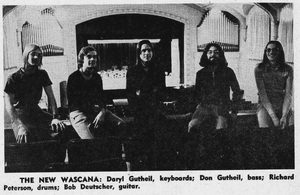 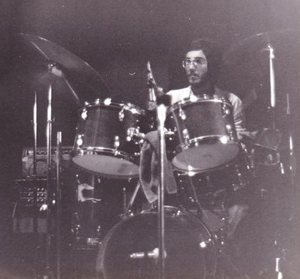 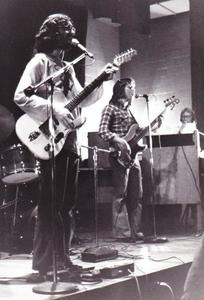 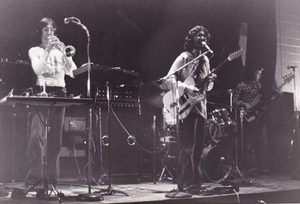 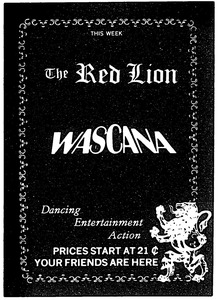 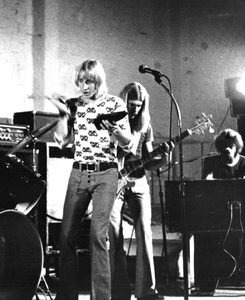 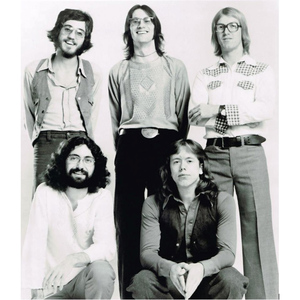