Eccodek is the award winning Canadian global fusion project lead by producer, remixer and multi-instrumentalist, Andrew McPherson. Nominated for a 2009 Juno award for World Music Album of the Year and winner for the 2nd time in 3 years of a Canadian Music Award for Favourite World Artist, Eccodek's latest White Swan release 'Shivaboom' continues to build on the outstanding response to the band's 2 previous releases. Eccodek had the recent distinction of collaborating on the show-closing live performance of the Juno award telecast, viewed by over 1.5 million people.

'Shivaboom' reached #2 on CMJ's New World Chart through the latter part of 2008, and has sat comfortably in the top 10 of Canadian college world charts throughout the winter of 2008/2009.

As a producer, McPherson draws together inspired singers and gifted multi-instrumentalists from the four corners of the globe and weaves them into his sonic palate of dub, funk, jazz and cinematic electronics. Sounds of Mali, Turkey, Fiji, Nigeria, India, Canada and beyond can be found on all 3 albums.

Eccodek’s earthy blend of global electronica has caught the attention of many major players in the industry, with tracks appearing on world renowned global chill series, Buddha Bar, Supperclub Nomads 7 (alongside Thievery Corp, Nitin Sawney...), remixes for Vieux Farka Touré, Deva Premal, Turkish label Doublemoon, and the distinction of being the only Canadian contributor to National Geographic’s GeoRemix project.

The story begins with 2003's dubby and hypnotic More Africa in Us. It’s fresh blend of electronics and powerful voices from Mali and Rwanda put ‘More Africa…’ on permanent repeat across Canadian campus and CBC radio and slipped onto the playlists of many a tastemaker south of the border (KCRW, Global Rhythm). 2005 birthed Voices Have Eyes, a decidedly more propulsive album, with a far broader cultural reach, vocally and instrumentally. Inspired in part by an eye-popping trip to Fiji, ‘Voices…’ is marked by heavier grooves, greater input from the now seasoned live band and a wicked lineup of singers.

Initially, both albums were released independantly but in early 2006 U.S. based White Swan World Records (distributed by Rykodisc) came calling with an offer to re-release both albums internationally.

With the release of 2008’s Shivaboom, the third chapter in this cross-cultural dialogue continues. Dubbed by the Boston Globe ‘a sonic architect’, Eccodek ups the musical ante with lush, aural panoramas, dubwise mixology, air-tight grooves and otherworldly melodies. As with all of Eccodek’s releases, Shivaboom echoes the ancient past while keeping a conscious, culturally inclusive eye to the future.

With Andrew McPherson's solo work, we have a decidedly different artist. Soon to be released, Lefty Singer is the third solo offering from this Canadian musical chameleon. On the follow up to Phoenix at the Wheel, Andrew the songwriter arms himself with his rich, baritone, poetic and introspective lyrics and points his peculiar pop lens on the things that make us tick: loss, heartbreak, starting over, getting even and cosmic connection. Built on a foundation of acoustic instruments and his voice stripped bare, Lefty Singer’s intimate tones suggest a unique brand of songcraft with hints of muted electronica, vocal layering, flashes of harp, violin, harmonium and other curious musical bedfellows dropping by. The texturally rich, 10-song album is marked not only by an uncharacteristic male rendering of Bjork’s classic Unravel but also an economy of musical arrangement and lyrical style not heard on his previous solo outing, Phoenix at the Wheel.

Lefty Singer marks Andrew’s return to the singer/songwriter path after nurturing his world fusion project Eccodek to global acclaim and a 2009 Juno nomination. The delicate musical focus here provides a poignant contrast to the epic, widescreen vibe of Eccodek’s 3 releases. While Andrew’s production schedule keeps him active working with artists like Vieux Farka Touré, Jane Siberry, Deva Premal, Natalie McMaster, The McDades and more, the in-demand producer returns enthusiastically to that place where only a singer alone at the microphone can go.

More Africa in Us 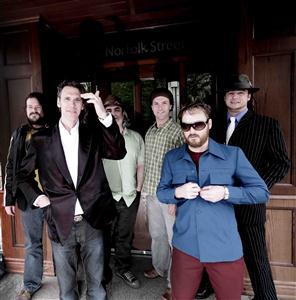