Pirates Blend and Dare to Care Records have teamed up to release Armistice’s eponymous EP. Armistice is the collaboration between Beatrice Martin (Coeur de pirate) and Bedouin Soundclash frontman, Jay Malinowski. With music and lyrics written, the pair headed to Los Angeles late last summer to record the album at Big Game Lodge with El Bronx. The EP was produced by Jay Malinowski and Joby J. Ford (The Bronx) and mixed by Jeff Chestek (The Roots).

Martin and Malinowski first worked together artistically when Beatrice lent her voice to the track, “Brutal Hearts” on Bedouin Soundclash’s fall release, Light The Horizon . The song was proclaimed a highlight of the album by critics and the public alike. Out of this came the idea to join forces to create Armistice. They enlisted the help of legendary Los Angeles hardcore punk band, The Bronx. The Bronx, best known for their heavier side, has been busy releasing music with a mariachi flare under the name of their alter ego, El Bronx. Armistice set their sights on El Bronx, knowing that their songs of love and war would be best against a mariachi backdrop.

Beatrice Martin, recently nominated as female artist of the year for a Victoire in France, most commonly recognized as the enchanting Coeur de pirate, took home last year 3 Victoires in France and 2 Felix, including Breakthrough Artist of the Year, in Quebec, for her self-titled debut album in 2009. Selling over 600,000 albums worldwide, Beatrice produced her own show for Montreal’s FrancoFolies’ big stage this past summer and has been widely recognized as one of this country’s brightest stars since her career set sail in 2008.

Jay Malinowski’s duties for Juno nominated Bedouin Soundclash have been many as of late. In early 2010, he and other band members Eon Sinclair and Sekou Lumumba, along with manager Dave Guenette, launched their own record label, Pirates Blend. An artist friendly label, Jay’s critically acclaimed solo album, Bright Lights & Bruises, was the label’s inaugural release. Having shared the stage with No Doubt and Ben Harper, Jay has always been very focused on giving back to his community, in particular in his hometown of Vancouver, BC where he participated in the torch relay for the 2010 Olympics and has donated time and money to the St. James’ Children’s Choir. Most recently, Bedouin’s September release, Light The Horizon, has kept Jay on the road with tours around the world, including China, Australia, India, The UK, US and across Canada. 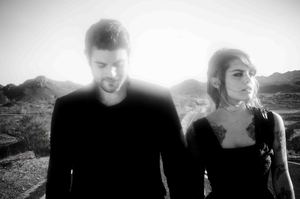 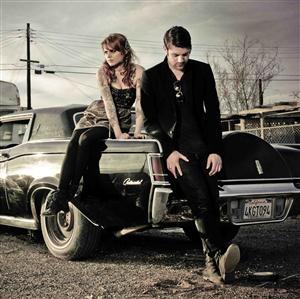