Welcome to MOCM!
Sarawest was a Canadian garage rock band started in 1974 from Toronto who played around Toronto in theatre's and clubs, while promoting the single, Saturday night (Hot and Heavy). They received some air play in Southern Ontario and the single was distributed by Taylor Records. The band disbanded in 1975. 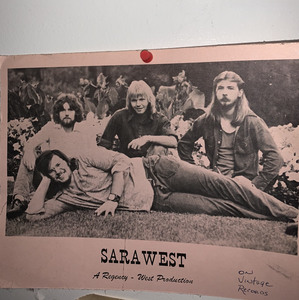