G. B. Jones is a Canadian artist, filmmaker, musician, and publisher of zines based in Toronto, Canada. Her art work has been featured at galleries around the world, and her films screened at numerous film festivals, both in Canada and abroad. Her most recent musical project is Opera Arcana.

In the early 1980s Jones joined her first band, the experimental industrial synth punk group, Bunny & the Lakers. Led by songwriter Peter Morgan and including Howard Pope among other fluctuating members, the band released one limited edition LP record called Numbers, which has since become a collector's item. The trio performed live only once in Toronto.

From the early 1980s to the late 1990s, Jones performed with the experimental post-punk band Fifth Column, playing drums, guitar and background vocals, and was one of the co-founders of the group. The band's first album, To Sir With Hate was released in 1985.

The group went on to release three singles and two more albums. All-Time Queen Of The World was released in 1990 and a video for the song "Like This" was produced. Their last album, 36-C, contained perhaps their best-known and most controversial song, "All Women Are Bitches". Released prior to the album as a single by K Records in 1992, "All Women Are Bitches" was reviewed by Everett True and chosen "Single of the Week" by the UK paper Melody Maker. Along with the "36-C" album, the band released two more singles and also appeared on a number of compilation albums and film soundtracks. In 2002, Fifth Column's last release appeared on the Kill Rock Stars compilation album Fields and Streams.

In October 2007, the recording Raise Your Paw To The Sky And Break The Truce by the Italian dark ambient group Mariae Nascenti was released on the Final Muzik label, with G. B. Jones appearing as a guest vocalist. 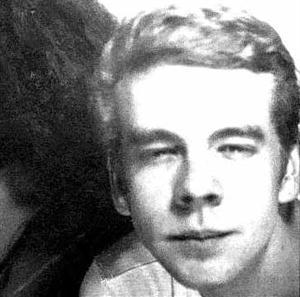