Henry and the Nightcrawlers

The Pacific Northwest – forests ever green, intertwined with life and moisture, tracked by back roads, the lost and lonely, the seeking and the sought, and solitude; here arose Henry Alcock-White. At first, the boy, time spent exploratory – knee deep in the marsh, soul bent on catching tadpoles or trout; and time spent farm-wise – herding renegade sheep, and sending thoughts across the wilderness of home in British Columbia. Close ever to the sea and the swamps, shushing cattails and bugling bull frogs, the roar of floatplanes, and the damp, salty moan of the country – this place is the pulse, the rhythm of Henry’s music and the course of his blood.

Then later, the man, time spent exploratory on another other rocky island, Aran Ireland – remote west coast, time of difference, time of delving – to hone that pulse and craft the sound, to listen to the wind, walk cliffs and again, soul bent on the catch (Mackerel this time), to search for the musical fissure in which to securely place his art.

He found it, the fissure, in between two rocky islands – and went home to Vancouver. 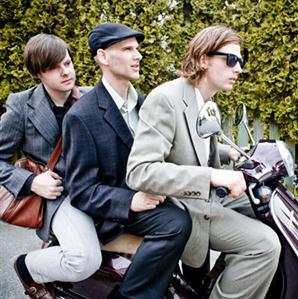 Henry and the Nightcrawlers