From Western Canada comes a group of superb musicians and performers that critics and audiences worldwide have embraced with rave reviews and standing ovations! EclecTrip is an explosion of sound and energy that explores the essence of a variety of styles including Roots, World Beat, Jazz, Folk, Celtic Rock, and more!

Originating from different musical backgrounds, each individual brings their own perspective to this refreshing, natural collaboration of music. These Seasoned musicians have each maintained healthy individual careers as acclaimed worldwide performers.

These young talented spirits draw their audiences into their performance and take them to a new level of musical understanding. They play from their hearts and give their audience an experience they won't forget!

Allison Granger:
Musician from the beginning, Allison began playing the violin when she was four years old. After 9 years of study at the Brandon University, she started teaching with the Faculty of Music at age 13. She competed in top competitions across Canada including the Canadian Grand Masters in both 1994 and 1999, where she landed in the top 11 fiddlers in Canada. Upon completing her RCM Grade 10 at age 16, she started touring professionally with an internationally renowned theatrical touring group entitled Barrage. This production consisted of seven high-energy fiddlers (also singing and dancing), backed up by guitar, bass, drums, and percussion! Celebrated as a soloist, she excelled in the theatrical production with tours throughout 3 continents. This included national television and film production, live/studio recording and commercial/radio broadcasts. She has shared the stage with many acts including Moby, Alanis Morrisette, Bare Naked Ladies, Great Big Sea, Blue Rodeo, Tammy Wynette, Patricia Conroy, Jann Arden, Michelle Wright, Wild Strawberries, Martina McBride, Keith Urban, and Ashley MacIssac, to name a few. As part of a two hour documentary centered on a tour throughout Europe, she was part of a BBC broadcast for over 10 million viewers live. Nominated for a Gemini Award for Canada’s 2002 Canada Day performance on Parliament Hill, Allison as a part of Barrage then filmed a two hour performance special, which was broadcast on PBS, BBC, NBC, CBS, ABC, CBC, and affiliates, She has performed live on the Blue Peter Show, Barrymore Show in the UK, the German Television Awards, and at numerous corporate events for giants of industry. She has performed live for HRH Prince Charles, Prince Albert of Monaco, the Saudi Royal Family and numerous dignitaries and leaders of state, and has even shared a court with the NBA Phoenix Suns! Performing live for millions of people regularly, she has toured the globe for 7 and ½ years to date. After being dedicated to Barrage without a single missed performance, she resigned at the age of 22. Since, Allison has performed with numerous Musical Acts, and Country artists (Jake Matthews, Lisa Brokop, Aaron Pritchett, etc.) Broadcast Nation Wide! She was nominated for “Fiddler of the Year”, in both 2004 + 2005 Canadian Country Music Awards! She recorded an album with George Canyon as well.She has also supported our troupes by bringing them the joy of music, not only in Afghanistan, but also in Bosnia and Alert(The North Pole). She then was nominated for “Soundtrack of the Year” at the Canadian Film Awards; a project entitled “Shredded”, a National Film Board Documentary in 2006. Allison is avidly playing and touring, she has recently launched a new production entitled Fidello. As president and producer of this organization, she maintains a healthy career in music and dedicates her time to speak to those who appreciate the sound of harmony! 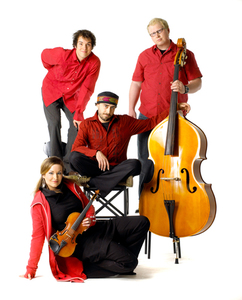 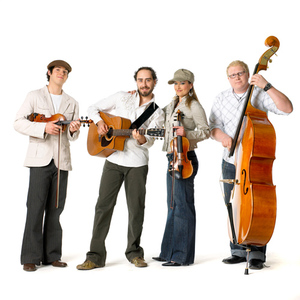 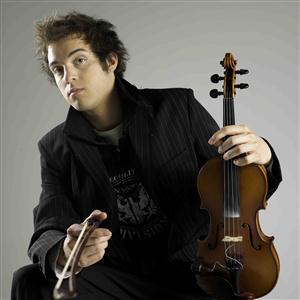