Christie Simmons is a Calgary-based singer/songwriter whose music speaks to a life that’s been shaped by the Alberta landscape and dressed in the substance of motherhood, marriage and years working as a freelance writer.

Christie comes to the craft of songwriting having dabbled heartily in a variety of musical genres and instruments: classical training in flute and a brief but intense love-affair with recorder (including sac buts, crumhorns and other bizarre renaissance instruments); years on the highland games circuit competing with pipe bands and as a solo piper; choral, roots and bluegrass music; guitar, banjo… and always the voice. As a songwriter and musician she draws on influences as varied as Gillian Welch, Blue Rodeo and Danú. Her resulting original music is authentic, elegant, acoustic folk – prairie Canadiana that’s woven with strains of Celtic, brushes of bluegrass and old-time Western sensibility.

For the past five years Christie has played whistles and sung lead and harmony vocals with the high-energy folk/roots/Celtic band Tir Na N’og. With the other members of the band she’s frequently seen about Alberta’s pub and folk-club scene filling the airwaves with upbeat East Coast, traditional Irish and original music. Christie, a native Calgarian, also works as a freelance writer, an occasional voiceover talent and teaches guitar to adult beginners. She is lovingly raising three children with her husband Rob Matheson, who currently spends half of his time in Albania! 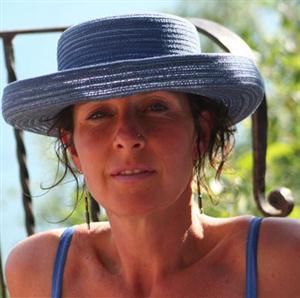