Amos The Transparent can go from six-part a cappella harmonies and handclaps to four across the front balls-out guitar rock in the flick of a pick, and that’s the beauty of them. Their lush arrangements and subtle textures on their two releases, their debut album “Everything I’ve Forgotten To Forget” and their new EP “My, What Big Teeth You Have…”, can be stripped down acoustically or turned up to ten.

The Ottawa-based band has quickly become darlings on the Canadian scene and is equally comfortable sharing a stage with The Dears, Jeff Beck or Loverboy. Now a six-piece the band was founded by Jonathan Chandler (vocals and guitar) and drummer Christopher Wilson and includes long standing members Mark Hyne and James Nicol as well as relative newcomers Dan Hay and Kate Cooke. With a permanent line-up now solidified their shows are now becoming legendary.

Amos The Transparent: winning over the world one audience at a time.egardless of whether it's surprising or not, I'm quite certain of one thing: whether you're talking about Everything I've Forgotten To Forget as an album or as a collection of individual tracks, it's an excellent album. One of the things that impresses me about it most is that I can pick a song from it at random, and I'm guaranteed to like it. "I'm On Trial", "My Fear Of Animals", "(Here's To) New Beginnings", "OK, OK, Fine, OK", whatever -- I'm not exaggerating when I say that, at some point over the last two and a half years, I've been obsessed with every single song on here.

But Everything I've Forgotten To Forget is no mere collection of singles (assuming bands even record albums of singles anymore). It's also a very good album. It flows from one song to the next; it creates and sustains a mood from beginning to end; it just sounds great as a singular, cohesive whole. Even now, in fact, well after I've listened and relistened more times than I can count, I'm still discovering new things about it. It makes for one of the best albums I've ever heard, and I'm quite confident when I state that it, unequivocally, is my favourite album of the last ten years.

Everything I've Forgotten To Forget

Everything I've Forgotten To Forget 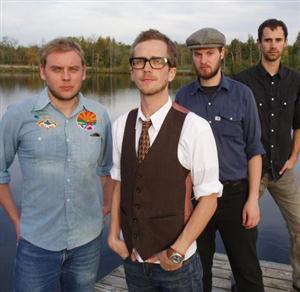