This is music built out of pure imagination; with twinkles of xylophone keys and the snapping of fingers to pronounce a beat; with playful whistles that bridge a melody and bashfully plucked strings, Jordan Klassen knows how to craft exquisitely eccentric music. Violins are rolling awake while drowsy piano notes are sustained over the hollow echoes of wine glass sighs. Backup vocals are called out from afar, delicately finger-picked guitars cultivate melodies, feet lash out in earthy thumps. All topped off with the true allure of this artist: his ethereal voice.

Each song is a novel, thoughtfully changing directions in tone and in mood by the addition and subtraction of instruments. While many musicians can be dependent on a multitude of instruments to keep a song full, Klassen's tasteful placement of his musical additions never dominate, but are sparks added to brighten each song. It is a perfect balance, complementary to his hushed voice and wispy guitar.

This wonderfully imaginative world has been making its mark on listeners nation-wide, and Klassen has quickly acquired quite the resume in the past year. He has received significant airplay on CBC Radio 1 and 2, including a live recording at the 2010 TransCanada Alberta Music Series in Calgary, and was showcased at the 2009 Rifflandia festival in Victoria just months after the release of his debut. More recently, Klassen was added to the bill at the 2010 Calgary Folk Music Festival, where he won the Voter's Choice in the Galaxie Rising Star event. 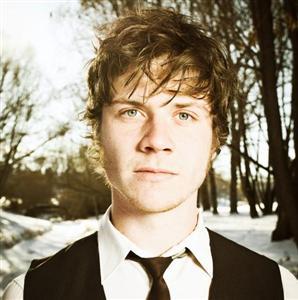