Zyklon B were one of the first bands to release a punk single out of Montréal. They were a seminal influence on the scene. They shared the stage with Discharge, and played gigs in Toronto and Québec City, but never really toured. Listed as Buzz Neurolick in Smash The State, A Discography of Canadian Punk (if you look at the label you'll see how the confusion occurred).

Jello Biafra, of The Dead Kenedys is a huge fan of Zyklon B after he heard it on Maximum Rock n Roll in '84. He sent me a letter, I sent him records, he followed up with a list of contacts, distr. touring, label contacts, we we're that close to making it. My band members chickened out, I couldnt get any other musicians to jump on board, the format of the music did not attract many musicians with "brains" hence, my drummer was part of DBC dead brain cells. 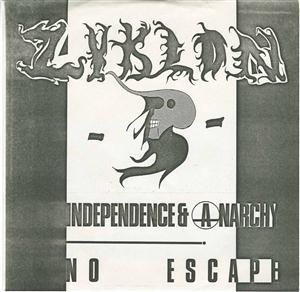