Mary-Lu Zahalan is a Juno-nominated recording artist with three CD’s to her credit. She was signed to a publishing deal with Sony Music and worked with such renowned producers as David Foster and Humberto Gatica.

She has numerous TV and film credits including The Third Miracle with Ed Harris, The Bold Type, Mistletoe Magic, Exhibit A, Twice In A Lifetime, PSI Factor, Top Cops, Ready Or Not and Missing Treasures. Mary-Lu has appeared in hundreds of television commercials and has done countless voice-overs and jingles. She starred in the Dora award winning PumpBoys and Dinettes and then went on to headline a tour of the Middle East for the Canadian Armed Forces.

Mary-Lu’s dissertation, Cultural Capital:The Beatles in Canada was published in 2011 by The Beatle Works (Chicago, IL)

In 2014, Mary-Lu produced No Chance in Hell, a pop musical awarded Best of Fest and Patron’s Pick at the 2014 Toronto Fringe Festival written by Chris John and Kevin Fox. It also received a ‘Best Fringe Musical’ nomination from BroadwayWorldToronto.com awards.

The cast assembled for this reading included a stellar collection of Broadway Stars including: Chilina Kennedy & Scott J. Campbell (stars of the Broadway hit ‘Beautiful’) as well as Robert Cuccioli (Tony nominated star of Jekyll & Hyde).

Power of Performance: Becoming the Artist You Are Meant to Be is a performance workbook co-written with Lorraine Lawson and now available on multiple platforms.

Mary Lu Zahalan is a Canadian rock singer and actress.

Born in Renfrew, Ontario and raised in Oakville, Ontario, Zahalan was a Miss Canada finalist in 1976 before embarking on a career as an entertainer. She is a performing arts teacher at Oakville's Sheridan College.

She received a nomination for a Juno Award in 1983 as Most Promising Female Vocalist. In 1990, she released the album Zahalan on MCA Records, and enjoyed moderate success with the single "I Can't Forget About You" on Canadian Pop Radio.

In January 2011, Zahalan graduated from Liverpool Hope University with a master's degree in a program that studied The Beatles. She was the first graduate of the program.

If I Had One Wish b/w Caught in this Love

Call Me b/w Call Me 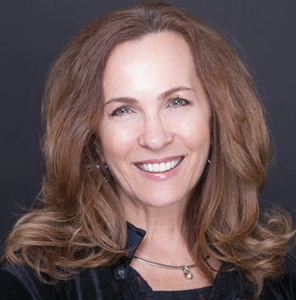