An early version of YYY formed in late 1980 by Rob Mallion. With Rob Demers, Gerry Sewell and Pil Product, they recorded a few songs and played a couple of rough shows in the spring of 81. The last show they played together was with a band called "seventeen" whose drummer Brian McCullough and guitarist Paul Bishop would soon join Rob on Drums and Bass. Rob met Brian Taylor at a bus stop, having similar interests, they became friends and soon Brian found himself singing Rob's songs. Their first show was at the Turning Point in November 81 and more shows followed through 82. In june they went into Accusonic studio to record 12 songs that would soon be released as the 9 song YOUTH YOUTH YOUTH cassette. They continued playing shows when they could including some out of town shows like Ottawa, Montréal, London, and Windsor. Mostly lots of local spots like The Turning point, Edgewater, Horseshoe Tavern, Club without name, The Upper Lip, Larry's Hideaway, Beverly Tavern, Drake Hotel, 100 Bond street and some all ages shows. By 1983 they were tight and fast and opening for most all the best touring bands that came through as well as headlining their own shows and releasing the Toronto hardcore compilation. T.O.H.C. 83. In August they entered Comfort Sound recording studio with engineer Blair Packham and recorded the once again self financed SIN e.p. The album was released on Fringe records which up until then had only done the canadian releases of Alternative tentacles records like Dead Kennedys and DOA. After more shows, some footage in the Not Dead Yet movie, and a new version of "domination" for the BYO compilation "Something to believe in", the band just sort of fell apart as naturally as it started. The members continued on in the scene in other ways including Brian Taylor's popular Aggressive Rock radio show on CKLN as well as producing albums for many local heavy bands like Sacrifice and Sudden Impact. In 1989 Fringe re-released the SIN e.p. along with some remixes of tracks from the TOHC and 82 sessions. It was called REPACKAGED. 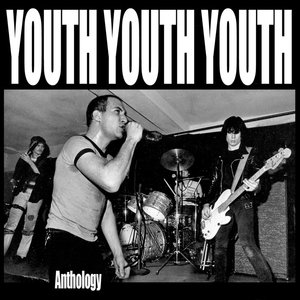