Released in 1980 on THC and again in 1981 on Traction under circumstances still largely unknown by the remaining members, the sole 45 from Montréal punks the Wipers remains difficult to track down today. Although disco fever was taking Montréal by storm at the time, the Wipers went against the trend and ended up making one of the best punk singles ever produced in the province of Québec. However, this single isn't just a historic artifact; both songs are total hits! "Nome Noma" goes off like a bomb! It's a killer, groovy punk anthem from beginning to end! On the flip, "Bowery Boy" shows a little more of a pop side with an infectious chorus and a cool strutting guitar riff throughout. Some may even call this one powerpop, but with lyrics like "poor Bowery Boy, hasn't seen the Pistols in weeks" we wouldn't dare say so! How great were the Wipers? Even the most famous female singer in the world, Celine Dion, thought they were great! However, they were considered too "alternative" by radio programmers in an era when disco was king, so the band unfortunately disbanded shortly after the release of the record. One member later achieved provincial fame with his following pop band. 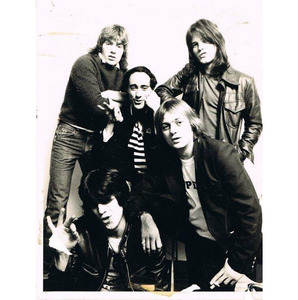