He played the southwestern Ontario folk circuit in the late 1960s and early 70s. His two albums never became best-sellers, but they maintained enough of a following to make the leap to the digital world and on the want list of many record collectors who seek out original vinyl pressings of his first 2 albums.

Any Direction, first released in 1969, featured fourteen of Winston George's original songs. It is the moodier and, in many people's opinion, stronger of the two records, marked by his distinct folk vocals and Bill Gunn's dramatic organ. There's a hint of period mysticism here, and psychedelia. The cover sports a black and white image, created by Gil Moll, that looks like a Rorschach blot running asymmetrical.

While he still played occasionally, he had always had to balance his music with his career as a high school teacher; he even co-authored texts which were used in Ontario for many years. City Wilderness would prove his final contribution to folk music. His life as Win Schell, however, remained a dynamic one.

He played folk music, published other people's writing, raised a family. Recently, he had taken up painting. He kept a garden and brewed his own beer. He amassed a large and diverse collection of unusual beer bottles, which he finally intended to sell. 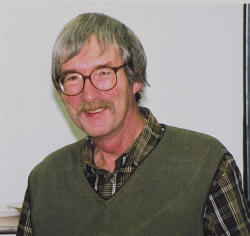