The singer-songwriter known as Huckle was born in 1954 and grew up in Montreal and Toronto. Huckle moved west to Gabriola Island in 1973 and helped organize two western tours by Perth County Conspiracy (dne), performing the warmup act for some of the shows. In spring 1974, on the first of the tours a live recording was made of eleven original Huckle songs with Gary McKeehan engineering. Nine songs were recorded live after soundcheck for Perth County's Vancouver concert at Pender Auditorium March 1974. The band included: Huckle (vocals, guitar, mandolin); Richard Keelan (guitar); Michael Butler (bass); George Koumantaros (congas); from Perth County, as well as Paul Gellman (vocals, fiddle, guitar); and Wende Sinclair (vocals, bamboo flute); Two more songs performed by Huckle and Paul were recorded live on stage at Gabriola Hall the next night. These tracks became Huckle's first album release "Upon a Once Time".

500 copies were pressed and mostly sold off the stage at concerts. One of the very first "indie" records, it has now become rare vinyl and sells for a lot more than it did when it was new ($3) if you can find one.

In summer 1974 Huckle moved to Salt Spring Island and joined the wildly popular local band Sodbusters. They threw boogies at community halls on Vancouver Island, the Gulf Islands and the mainland. They also had a grant to tour and perform in BC prisons and work camps. That fall they recorded an album with Si Garber in Vancouver, now also rare vinyl.

After wintering in Central America, a summer 1975 tour in eastern Canada included performances by Huckle at many folk festivals (Home County, Northern Lights) and folk coffeehouses (Black Swan, Yellow Door). Paul Gellman and Huckle did a caravan cross Canada tour that fall, with Laura, Cathy, Sam and Jeremy, and Sally Sunshine along, and landed back on Gabriola Island. Huckle and Paul formed a band "Wild Blue Yonder", with Wende Sinclair, Tom Agostino, and Straw. They did a western Canada tour in spring 1976 including a live radio show at the Hovel in Edmonton with Holger Petersen. A third tour in fall of 1976 as a duo with Tom Agostino introduced the second Huckle album "Wild Blue Yonder", now, you guessed it, rare vinyl.

Also that year Huckle performed on the national CBC radio show Touch the Earth with Sylvia Tyson and Bill Garrett.

In 1977 Huckle moved back to Salt Spring Island and began performing solo again, mostly in Victoria. This led to the formation of Real Fantasy Band. He teamed up with some jazz fusion players (including Hugh Fraser), and played festivals and shows with them for three years. His third album "Real Fantasy" had band recordings on side one and acoustic solo tracks recorded at Michael Grieve's Keye Studio in Victoria on side two, released on cassette only If you'd like to know what he's been up to since the seventies.

R- Huckle, it is so good to be able to do this interview with you. Can you please tell me in which Canadian city were you born?
H-Oakville, Ontario, a sleepy little town of 3,000 at the time. We lived in an old farm house on the Eighth Line.

R-believe you grew up in Montreal and Toronto. When did you become a hippie?
H-In the late sixties. But we didn’t call ourselves hippies then. We were freaks.

R-What were your parents like? Were your hippie influences from your parents at all or was it your environment.
H-Environment. Toronto was a very interesting place in the late sixties and early seventies.

R-What were your earliest musical memories / influences?
H-I bought the Beatles’ first record the day it came out.

R-When did you first start playing musical instruments; and what were they?
H-I started on electric bass in 1966, then flute, guitar, mandolin.

R-Did you receive any formal musical education?
H-I joined a boy’s and men’s church choir at eight, and received vocal and piano training. My actual first album was Hear My Prayer by Mendelsohn, with St. Matthias choir in Montreal. Only one copy though.

R-When and where was your first performance?
H-Singing California Dreaming at summer camp, with a friend playing the guitar.

R-You were about 19 years old in 1973 when you first moved out west to Gabriola Island. Were you drawn there because of theGabriola Island culture or did the Gabriola culture sort of turn you into a hippie?
H-I had been out to the west coast before, but not to the islands. I went to visit my friend Paul on Gabriola, and after traipsing around the coast I settled there for the winter.

R-Gabriola is a beautiful and quiet place. I bet it was a lot quieter when you first arrived, what were your earliest andfondest memories of Gabriola Island?
H-I arrived in Nanaimo on bathtub weekend. They were pretty excited about my hair. We lived at the stump farm on Gabriola, a little log cabin way out in the woods, no electricity, running water, or car.

R-Do you still live there?
H-I moved to Salt Spring Island in 1974, back to Gabriola in 1975 after returning from back east, then back to Salt Spring for many years in 1977.

R-Where did you get the Huckle moniker? How did you meet up with fellow band members Paul Gellman, Michael Butler, Richard Keelan, all of PerthCounty Conspiracy.
H-A friend back east gave me the nickname after a character in a children’s book, and I began using it myself when I came west. I used to organize festivals in Toronto at Bathurst st. church, and Perth was one of the many bands that played there. The recording of Upon a Once Time happened on one of Perth County’s western tours, which I helped book some venues for. Paul and I played together, then he went back east to join Perth County.

R-Your internet site indicates that your first album was pressed in 500 copies and your second one in 300 copies, how sure are you of these numbers?
H-The numbers I’m sure of, the rest is a mystery. I first became aware the albums had become rare vinyl about ten years ago. I had no idea.

R-Your album “Upon a One Time” is considered to be the rarest and best Canadian hippie folk album in existence, certainly in Canada, but perhaps worldwide. I have seen it sell for $800.00! Do you still have copies of your early albums?
H-I have personal copies. I sold the remaining eight virgin copies recently for a lot of dough.

R-The album was a home-made primitive hand written paste-on cover. Do you remember who designed the jacket?
H-I did it with Tommy and Kjell, the photographer.

R-Please tell me about some of your most memorable experiences while playing in the band Huckle.
H-The band was actually called Wild Blue Yonder. We did a cross Canada caravan tour in 1975, then a Western Canada tour the next year. We had a lot of nerve.

R-In 1974 you moved to Salt Spring Island. Please tell me about your experiences on this island and your time with the Sodbusters.
H-The first day on Salt Spring I met my future wife, band, home, and more. I still live here now.

R-Do you still keep in contact with anybody from those early days?
H-Yes I do. Dan Pedrick from Sodbusters helped me sell the rare vinyl albums.

R-Your third album with Real Fantasy was only sold on cassette. Will it be available on your website?
H-There will be some songs from Real Fantasy, including Angeline which is on youtube right now.

R-Huckle, thank-you so much for doing this interview with me.

Upon a Once Time (paste-on cover)

Upon a Once Time (re-issue) 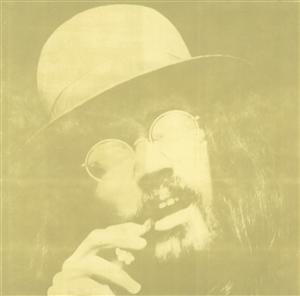