David Wilcox is a brilliant song writer, a great singer, and one of the hottest guitar players in the world. He first made his name as a wild, live performer and then as a first-rate recording artist whose work, from "Out Of The Woods" (1980) to his brand new release, "Boy In The Boat" (2007, stands the test of time.

After more than twenty years in the business - including extensive touring, 5 gold & platinum albums, numerous awards, and winning fans everywhere - it's no stretch to say that David Wilcox deserves icon status. His life in music is the stuff of legend. Wilcox discovered Elvis at age six, started picking guitar a couple of years later, and played his first gig - to a room full of ex-convicts at age fourteen. A devoted acoustic fan, young David bought a second-hand Telecaster from a pawn shop on a whim and didn't even know how to turn on the amp when he auditioned for Ian & Sylvia. He got the gig anyway, and spent two and a half years in their band, The Great Speckled Bird, backing the likes of Anne Murray, Charlie Rich and Carl Perkins on Ian's weekly international TV show. David recalled one particular memory of that time: "We were headlining at Carnegie Hall and the only instruments were two acoustic guitars, played by Ian and me. I had an exceptional night and Ian was kind enough to introduce me twice. Both times the audience response was really warm and appreciative. Although Iknew that I hadn't 'arrived' or whatever, it was a wonderful affirmation that I could have a career in Music."

Wilcox led his first big-time band, David Wilcox and the Teddy Bears, in the mid '70s, hitting local stages as a flashy character with an oversized waxed moustache, a baggy suit and a flower in his lapel. For the first time he began performing original material. Over the years he's written an extremely broad variety of songs like"Old Cats" and "Don't Let The Devil Take The Beat From The Lord".

In the early '80s, Wilcox shed the moustache and suit, truly hitting his stride. Wherever he played he left a trail of club and concert goers who'd danced, drank, clapped, stomped and shouted their way to a great time. With consistent radio play for his songs, audiences were calling out for "Hot, Hot, Papa", "Riverboat Fantasy" and other classic favorites.

Wilcox became a huge favorite on the college circuit playing more than 300 dates a year and earning awards from COCA (the Canadian Organization of Campus Activities) for Entertainer Of The Year (1985) and Contemporary Music Recording Attraction (1987). He was later honored with membership in their Hall Of Fame. At the time he was the highest-grossing campus performer in Canada. David had also signed a recording contract with EMI Music Canada.

During these years, Wilcox led a rather excessive lifestyle. On his first three albums, Out Of The Woods (1980), My Eyes Keep Me In Trouble (1983), Bad Reputation (1984) he sang - from experience - about sex ("The Grind") drugs ("Riverboat Fantasy") and rock and roll ("That Hypnotizin' Boogie") and even documented the gossip fostered by such pursuits ("Bad Apple" and "Bad Reputation"). In the late '80s Wilcox continued to develop as a recording artist, moving from his gritty, live-in-the-studio roots to more produced synthesizer-and-drum-program modern rock. The albums from this era, Breakfast At The Circus (1987), The Natural Edge (1989) are stylish and textured but the songs shine through as well as ever. The witty double-entendres of "Layin' Pipe", the sad requiem of "The Song He Never Wrote", sounding almost like Wilcox's tribute to his excessive side; and the sweet anthemic pop of "Lay Down In Your Arms" are key examples.

"Thirteen Songs", released in 1996, featured acoustic-based music played with a small band. Wilcox embraced everything from sax-and-organ jazz ("Rainy Night Saloon") to country storytelling ("Shotgun City") to deep blues ("Three Past Midnight"). Not to mention "God Is On A Bender" which may be one of the best songs Wilcox has ever done, period.

The year 2000 found David recording "Rhythm Of Love", a CD which reflects the compelling hard-rocking sound of his first electric bands. "I need a Vice" is a clever, sharply-observed confession, "High WaterRising" a beautiful soul ballad with some subtle, irresistible guitar work, and "Rhythm Of Love" is a percolating shuffle.

In 2003 Stony Plain Records of Edmonton issued a great compilation CD titled "Rockin' The Boogie: Best Of Blues And Boogie." Apart from featuring some new tracks, such as the aptly titled "Can't Stop Rockin'" the CD focused on Wilcox's blues-and-boogie side. The title track is used by Canada's Olympic gold-medal winning skaters, Sale and Pelletier for one of their most popular routines.

With the release of David's new CD, "Boy In The Boat" his music has come full circle. It's a daring mix of diverse roots influences coupled with his remarkable style. The result? Something not only original but steeped in the raw funky tradition his fans have come to know and love. Tough but soulful; cool but passionate - the music keeps growing without losing its fiery edge. "I wanted to make a record as freely as possible. My first albums were done with no 'adult supervisiion'; no concerns with current trends or 'marketing', just a group of people making music for the pure joy of it. With this one, we took that approach." Wilcox goes on to recall: "There is an afternoon I'll always remember when I was a child - me and my little red Motorola radio. In the basement, if they played a record by a male singer I pretended it was me. If the singer was a woman I pretended I was the guitar player. Little did I know that I'd be blessed with a career in music! Years later that memory sustains me, keeping my pure love of music alive. If I ever start feeling jaded or pressured to conform, that kid lost in the music brings me back to myself."

"Boy In The Boat" is a superb new recording from a truly original artist. Check it out!

Out Of The Woods (re-issue)

Breakfast at the Circus

Boy in the Boat 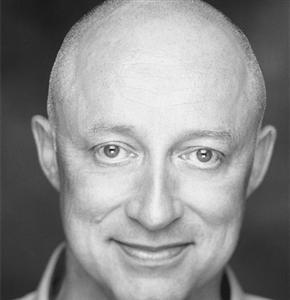