As the story goes, Elyse Weinberg (born Cori Bishop) left her hometown of Toronto, Ontario to Los Angeles to chase chase down Neil Young and pursue a musical career. She released her first album "Elyse" shortly thereafter in 1969 on Tetragammaton T 117 (USA) / Polydor (Canada). This label was the same label that released the first four Deep Purple albums as well as Carol Burnett. Elyse was somewhere in between these styles.

"Elyse" sold quite a few copies and reached #31 on Billboard. Colin Walcott played sitar and tabla. Maureenon the spoons. Brent on mouth and harp. Elyse was on vocals, six & twelve string. The album was produced by Gene Shiveley. Arrangements were by Jeremy Stewart and Don Gallucci. The front cover was drawn by Maureen.

In 1972 she recorded the album "Grease Paint Smile", but Tetragammaton went tits up so it was never released.

She then recorded the album "Wildfire" with Neil Young on the Asylum label, but it too was never released.

In 2001, "Elyse" was re-issued on CD on Orange Twin OT-001 and contains the bonus track "Houses", from the unreleased album Wildfire, which featured Neil Young on guitar.

R-Hi Cori, in which city in Canada were you born?
E-I was born in Chatham Ontario.

R-What were your earliest musical influences? Do you remember your first instrument?
E-I remember coming home from school and listening to the HIT PARADE. I got my first guitar at 12. It was a cheap Harmony, the strings were so high off the fret board; my fingers would bleed.

R-How did you become interested in the vibrant 60’s folk scene? What was your fist gig?
E-When I was 12 my family moved to Montreal. I started singing folk songs, and was caught up in the protest movement. There was one club that I played at in Montreal. I think it was the only folk club that brought in big names. I remember taking care of Blind Rev Gary Davis. I would sit and watch his fingers.

R-How did you meet Neil Young and Joni Mitchell?
E-I dropped out of McGill University to go to Toronto and pursue music. It was a fabulous time, other people like myself, it was a revelation. There was quite a scene Neil Young, Joni Mitchell, Ian and Sylvia, Gordon Lightfoot. We all hung out and played together.
And you travelled to Los Angeles to spend time with Neil Young and to record your album “Elyse”?Actually, first I went to New York. Two different people wanted me to record, but I didn't feel it was right. I then went to LA and stayed with Neil for a while. I remember going to the last concert of the Buffalo Springfield. Then I stayed with Cass Elliot (we had mutual friends in Toronto). She turned me on to her manager Roy Silver. I remember using the last of my money to take a cab to his office. He heard me play and sing, and signed me to his label Tetragrammaton. He gave me money to go back to Toronto and get my stuff and come back to LA. What would I have done if he didn't like my music!

R-You recorded your album “Elyse”, which is considered by many to be a folk psych masterpiece! What was your favourite song from that album?
E-I have to tell you I cringe when I listen to that first album....if I had to pick a favourite, maybe “Ironworks”...it was so over the top.

R-Your second album, “Grease Paint Smile” was recorded for Tetragrammaton in 1971 and went unreleased. Neil young played on one of the tracks. Do you remember the recording session? Are there any plans to release this album?
E-I've just had a label in S. Korea ask if they could re-issue ‘Grease Paint Smile’. I'm exploring that possibility. I was in San Francisco and I think Neil was there too. I asked him to play on the album. I remember being in the studio with him. He went direct into the board, and I was sitting with my arm around him as he played. It was very sweet.

R-When did you appear on Johnny Carson’s Tonight Show? What songs did you sing?
E-I appeared on the Tonight Show shortly after the release of “Elyse”. I think I sang “Deed I Do”. I remember in those days all the microphones were set to the level of Johnny Carson's voice. It was just me and an acoustic guitar so you didn't hear the vocal very well.

R-When did you discover that Cher recorded “Band of Thieves” without giving you credit?
E-I remember going to the movies with my friends to see Cher's movie and to hear her version of my song “Band of Thieves”. When the credits came on it said all music by Sonny Bono, I was shocked.

R-And now, 40 years after the release of your first album, you have released your second album “In My Own Sweet Time”. Over what time period did you write the songs? Are they all originals? What inspired you to finally write, record and release your second album?
E-I was given the opportunity of unlimited studio time by a dear friend John Swinnerton. He co-produced and engineered and played multiple instruments on “In My Own Sweet Time”. The songs are all originals and most were written in the last 5 years. I think this is the album I always wanted to make. Back in the day I was the "chick singer". Producers and arrangers were brought in. I never really expressed my ideas. Here, I had complete freedom. It was a great gift and I'm very happy with the album. It may have taken 40 years but what is time?

R-And today, are you still actively performing? Are you writing any new music?
E-I'm re-forming Baby Cori and the Buds. The plan is to play the new album. But most of all, the plan is to remember who I really am.

Back in the 1968, the California native released her self-titled debut to much success. The album hit #31 on the Billboard album chart and she appeared on Johnny Carson’s Tonight Show, in Newsweek and the L.A. Free Press, and at Shaffer Music Festival in NYC. Even Cher choose to use one of her song’s “Band of Thieves” or the soundtrack to her acting debut, the 1969 film Chastity
However, a string of bad luck — and the fact that Cher for some reason instead credited the song to Sonny instead — led Elyse to experience only minor success in the years that followed before she drifted into seclusion and changed her name to Cori Bishop.

But then, some 30 years after the release of Elyse’s debut, Andrew Rieger of Elf Power got hold of a copy. The rest was history, per the issued press release:
Orange Twin rereleased the self-titled debut, along with two other of her songs from that era, one of which, “Houses,” features Neil Young wielding his distinctively ripping guitar sound. Since, Elyse’s story has become something of a rock legend - after the rerelease her album received massive amount of positive feedback in the press, and she was mentioned in Magnet, Time Out NY, Aquarium Drunkard, and Creative Loafing (amongst others). Perhaps the most flattering result was two extremely successful indie bands, Vetiver and Dinosaur Jr. decided to cover “Houses” (a track that features Neil Young on the guitar) in the aftermath of the release.

Now, after playing extensively in support of the re-release over the past few years, Bishop has returned to the studio to create a brand new full-length effort. It’s titled In My Own Sweet Time and will mark her first new release since the late 60's. “Scary” and “magical stuff” are ways the album is being described, but make your own judgments. To purchase My Own Sweet Time go to DigStation at www.digstation.com/ElyseWeinberg.

In My Own Sweet Time

In My Own Sweet Time 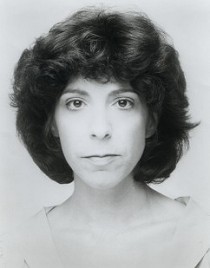