In the Seventies guitarist Mark Prickett moved from the UK to Canada, where he met fellow expat Chris Gibb. Together they started the band WANKA. After a year of playing all around the Toronto area playing mainly covers they were discovered by Axe records and got the opportunity to record an album with legendary producer Terry Brown and Jon Bojicic. The result is “The Orange Album”. Originally released in 1977, rereleased in 2007 and now again through Cult Rock Classics in 2021.

As we listen to opener “Make Up Your Mind (You Can’t Have Both)” you immediately recognise the sound, which is very reminiscent of Montrose’s album Paper Money. This will continue to be the case all through the album. Musically it even resembles each other. Biggest difference is the voice of Chris Gibb, which does suit the music, but is nowhere near as impressive as Sammy Hagar is/was. But this is one hell of an opening track. Impressed. From then on WANKA just keeps on giving. “Wrong Door”and “Sue Anne” would not have been out of place on a Montrose record either. Good musicianship, proper songs and that delightful sound make listening to “The Orange Album” a very happy experience.

From “Get Ahead” things start to change. At first you wonder what you’re listening to, but after a very laid back intro the song just explodes. Fortunately for us listeners the quality remains high. The influences get a bit more towards Alice Cooper andDavid Bowie, without losing the hard rocking edga. Plus the keyboards get a more prominent place in the songs. “I Want You (By My Side)” has a more jazzy vibe to it, mainly because of the way the drums are being played. “Say No More” has a bit more of a boogie vibe with some pop and southern rock influences thrown in to complete the sound. Plus the keyboards have an even more prominent role to play. Great song. The last song on the studio album is “Same Way”. The start reminds me a bit of “Xanadu” by Rush, which was released in the same year as “The Orange Album” and “Same Way” is a pure unadulterated token of love towards Pink Floyd. What a beautiful way to end.

As extras you get six live songs, of which five are from “The Orange Album”, recorded at The Warehouse in Toronto. They are played just as they were recorded in the studio. The sound isn’t great, but that only enhances the authentic live feel of the songs. The sixth (and last one) is “Hello Sailor”, a simple but effective rock song. Quality wise it doesn’t compare to the rest of the album, so it was understandably left off the original one. All together the conclusion must be that “The Orange Album” is a very good album with great songs and a cracking production. It's a pity this record didn’t reach my ears when it was originally released, because I know that it would have looked great in my collection. Thankfully that feat has now been rectified.
-MetalWim van Grunsven 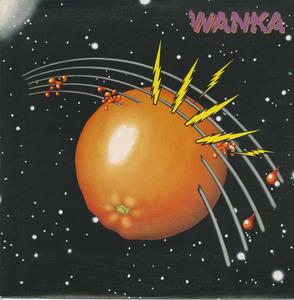