Ian and Sylvia were a folk music duo composed of singer-songwriter Ian Dawson Tyson (b at Victoria 25 Sept 1933) and Sylvia Fricker Tyson (b at Chatham, Ont 19 Sept 1940). An accident when he was 19 ended Ian's ambition to be a rodeo cowboy, but the guitar he obtained while recuperating opened up new opportunities. In 1959 he moved to Toronto, started to sing in coffee houses, and met Sylvia Fricker. Sylvia had grown up in southern Ontario and been exposed to a wide repertoire of music. By 15 she knew she wanted to be a folksinger and, after finishing high school, moved to Toronto.

They soon became full time professionals and, with their first recording (1961), among the leaders of the folk-music boom in North America. Their repertoire expanded to include their own songs ("Four Strong Winds," written by Ian, was an international hit in 1962, and Sylvia's "You Were on My Mind" was a hit for We Five in 1965), songs by contemporaries such as Bob Dylan, Gordon LIGHTFOOT and Joni MITCHELL, and songs taken from their knowledge of country and blues. They were among the first of the "folk" musicians to use electric guitars, strings and other instrumentation. By 1970 their music was a synthesis of country, rock and folk, and they had created a band, The Great Speckled Bird, to help achieve that sound.

In 1970 they started a CTV Network show, Nashville North, subsequently known as The Ian Tyson Show with Sylvia as an occasional guest. As the 1970s began, Ian and Sylvia's professional and marital lives began to split. (They had been married in 1964.) Since 1975 they have appeared together 3 times (in 1979, 1982 and 1986; the last, a concert, was later televised and received a 1987 Gemini for best variety program).

In 1974 Sylvia began to host a CBC Radio show, Touch the Earth. During its 5-year run, the show provided important exposure for Canadian folk artists and established Sylvia as an independent personality. In 1975 she recorded the first of 2 solo albums for Capitol Records and in 1978 established her own company, Salt Records, to handle her albums and recordings by other folk artists. She has done a CBC-TV series and numerous TV specials. In 1986 she produced Big Spotlight, her first album in 7 years. She was inducted into the Canadian Music Hall of Fame in 1992 and was named a Member of the Order of Canada in 1994. An impromptu concert in 1992 with Colleen Peterson, Cindy Church and Caitlin Hanford led to the 4 established singers forming Quartette. The group's a capella renditions of R & B and gospel tunes became so popular that they recorded an album and toured as well as pursuing their own individual careers (Colleen Peterson died in 1996 and her place was eventually taken by Gwen Swick). In 1995 Quartette won a Juno as Best Country Group of the Year.

At the beginning of the new century, Sylvia Fricker continues to perform as a solo artist and with Quartette in addition to her television work as a host and narrator with the program Historylands for the History Channel.

After he took his TV show off the air in 1975, Ian tried unsuccessfully to establish himself in Nashville, Tenn. Following a tour of Canada in 1978, he devoted most of his time to his cattle ranch in Alberta, limiting his musical life to periodic club dates. He became an avid cowboy poet, and in 1983 he returned to the recording scene, producing an album based on traditional and modern cowboy poetry. The critically acclaimed album Old Corrals and Sagebrush was followed in 1984 with the equally successful Ian Tyson. In 1986 he produced and distributed Cowboyography for which he won the Juno Award for Best Country Male Vocalist in 1987. In 1996 he released a compilation disc, All the Good Un's, and explored a jazz and blues feel in his 1999 release Lost Herd. An in-concert set, Live at Longview, was released in 2002. Tyson's long career was honoured with his induction to the Canadian Music Hall of Fame in 1992. In 1994 he was named a Member of the Order of Canada, and in 2003 he was awarded a Governor General's Performing Arts Award. His autobiography, I Never Sold My Saddle, was published in 1994.

So Much For Dreaming

& The Great Speckled Bird - You Were on My Mind 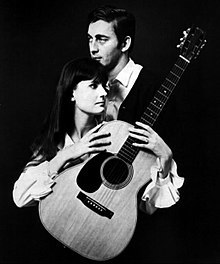 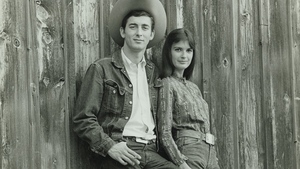 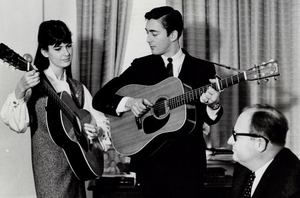 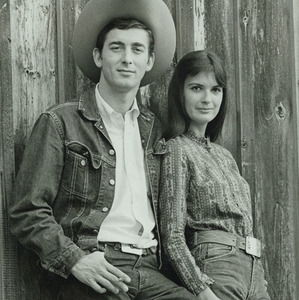