A hard rock band with a glam-punk edge and a streetwise image, Toronto was known for its brash performances and the strenuous vocal style of its lead singer, Holly Woods.

A hard rock band with a glam-punk edge and a streetwise image, Toronto was known for its brash performances and the strenuous vocal style of its lead singer, Holly Woods. Often compared to Pat Benatar and Heart, Toronto was active from 1979–84 and had six Top 40 singles and four straight platinum albums in Canada.

1980's Success
After earning a reputation as an energetic live band, Toronto signed with Solid Gold Records in 1979 and released their debut album Lookin’ For Trouble in 1980. Produced by Chilliwack’s Bill Henderson and Brian MacLeod, the album achieved platinum status in Canada and yielded the hit single “Even the Score.” In 1981, the band earned a Juno Award nomination for best new group and had another platinum-certified album with Head On, which was produced by Rush regular Terry Brown.

In 1982, Fox and Costello left the band and were replaced by drummer Barry Connors and bassist Gary Lalonde respectively. The band’s next album, Get It on Credit (1982), went platinum in Canada on the strength of the Top 20 single “Start Tellin’ the Truth” and the even bigger hit “Your Daddy Don’t Know.” It reached No. 5 in Canada and No. 77 on the Billboard Hot 100 and eventually earned a Juno nomination for Single of the Year.

Another song was recorded during the Get It on Credit sessions, but was not included on the album — “What About Love,” written by Allen and Alton (who were involved at the time and eventually married) with Jim Vallance. It was eventually recorded and released by the American group Heart and became an international hit, reaching No. 10 on the Billboard Hot 100 and No. 14 on the UK Singles Chart.

The personnel changes continued with bassist Mike Gingrich replacing Lalonde (who went on to join Honeymoon Suite on Girls Night Out (1983), which also went platinum in Canada. “All I Need” and “Ready to Make Up” were Top 40 hits in Canada while the title track reached No. 14. The band enjoyed a sold-out cross-Canada tour, but fractions within the core of the group emerged. In 1983, Allen, Alton and Connors left the band.

In 1984, Solid Gold released the compilation album Greatest Hits. Woods, Kreyer and Gingrich regrouped with new drummer Paul Hanna as Holly Woods and Toronto, releasing Assault & Flattery (1984), which spawned the Top 40 hit “New Romance.” The band had just begun their Canadian tour when they were forced to dissolve due to the sudden bankruptcy of Solid Gold Records.

After Breakup
Greatest Hits was reissued on CD in 1988 with the band’s original version of “What About Love” included as a bonus track. Connors went on to play drums for Coney Hatch and Lee Aaron. Allen was subsequently put in charge of artists and repertoire (A&R) for Attic Records, where he produced records by Aaron and Haywire.

Following the band’s breakup, Woods and Kreyer relocated to Atlanta and independently produced an album. They were unable to sign with a new label due to the fear of proprietary legal action from Solid Gold. In 2007, the “lost masters” of that album were released by Cyclone Records as Live It Up! Woods reformed Holly Woods and Toronto and began playing the summer festival circuit.

In 2003, The New Pornographers covered “Your Daddy Don’t Know” for Fubar: The Album, the companion record to the movie Fubar (2002).

Get It On Credit

Get It On Credit 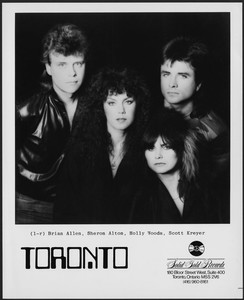 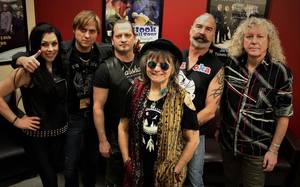 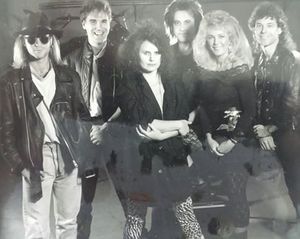 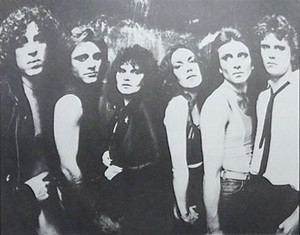 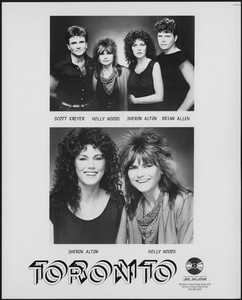 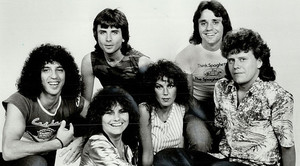 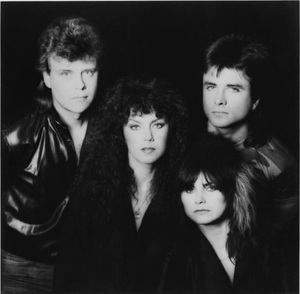