I am a singer/songwriter/musician living and working in the GTA. I am the fifth born of two Glaswegians, Joseph and Janet Thomson. I have four older siblings. There’s Owen, then Mary, James and Sandra. I also have five nieces and nephews; in no particular order, they are: Daniel, LeAnne, Edward, Janet, Evelyn.

I’ve been a full-time professional musician for more than 45 years. My first professional gig was in April 1977 at the Royal Hotel in Picton, Ontario.

Next up was “Avenue Road” (1978-1980). In addition to myself, the band included Tom Lewis on bass, Steve McNee on drums and Eric Hafner on guitar. For me, it was the best band I’ve ever played in.

I began my recording career in 1977 with a single recorded for Periwinkle Records (The Alien b/w Just A Silly Song). I followed that up with my first album “If You Only Knew” recorded in 1981. In 1982, I recorded my next single (Saturday Matinée b/w Do You Really Believe In Love) for Illuminated Records.

If You Only Knew
It was 1977 and I was just 17…
I had answered a newspaper ad for “songwriting talent” posted by Art Snider, head of A&R at Periwinkle Records. My dad helped me record a two song demo tape on his SHARP 1/4″ reel to reel tape deck. Dad took it upon himself to drop the tape off to Art personally at the record company offices. Art must have liked what he heard as he had me in Sound Canada Recording Studio later that month. We recorded “Just A Silly Song” and “The Alien”. Dave Betts of Honeymoon Suite fame (we were school chums at the time) played drums. Most of the songs on this album were written around the same time in 1977. Adding a few new songs written in 1978-79 we released “If You Only Knew”. As a recording, it’s unlistenable to me now, but I can certainly appreciate what Art must have heard in some of the songs. A few of which I think hold up pretty well.

Throughout the ’80s I concentrated on my live chops and was a regular fixture on the Toronto bar scene as a live performer. In 1988 I met and formed a duo with sax player Phil Poppa. Calling ourselves “Diamond Life” we performed in and around Toronto and parts elsewhere well into the ’90s. Phil was best man at my wedding to Kelly and is my best friend.

Between 1992 and 1998 with Ruth Jenkins’ help, I co-produced my best work to date — my three daughters Sarah, Emily and Molly. For the next 15 years, co-parenting and being a full-time Mr. Mom was my main gig.

In 2004 I built a home recording studio. And in 2005/2006, with best bud Angela Cardy as my assistant engineer, I recorded “Carpe Diem“; my first album of all new original material in 25 years!

In 2006 I formed “New Originals”. The idea was to have a band made up of just my musical friends and only play the music we really grooved to.

My favourite moments with N.O. will always be performing songs of The Beatles. We all genuinely loved the lads. Doing the Abbey Road, side two medley will always be a major musical memory for me. We nailed it.

In 2009 I released “Cover to Cover”, my first solo piano and voice recording. This was followed also in 2009 by “New Originals Sing All the Hits”, the recording debut of my band New Originals.

In 2014 I recorded and released “YAY!” A lot had happened in my life since my last original CD. Lyrically, YAY! is a deeply personal album and the songs deal with all the changes middle age has brought to my world. I feel it’s the culmination of everything I’ve learned about songwriting and recording. You can listen to “YAY!” in its entirety on the “my music” page.

If You Only Knew

If You Only Knew

Saturday Matinee b/w Do You Really Believe In Love 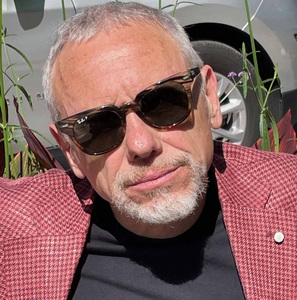