Teak Wood was Phil Englishman. Father of Canadian recording artists Esthero and her brother J. Englishman. He released two singles for ARC Records back in 1967. His first outing See My Girl managed to chart in Canada, climbing to No. 81 on the RPM charts on 24th June 1967.

It had an orchestral sound that far differs from the sound of his follow-up single You Keep Me Hangin' On. He had travelled to England to record his first single and George Martin (of Beatles fame) produced and arranged both sides of this 45. He was given a credit for his work which ironically he rarely if ever received with The Beatles. Enjoy this awesome Soul tinged song by Teak Wood.
-freqazoidiac@gmail.com

See My Girl b/w In His Hands

Okay b/w Keep Me Hangin' On 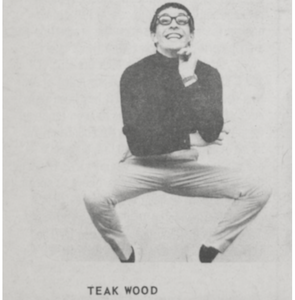