He was raised in New York City and sang in local doo-wop groups as a young man. In 1958 he was a member of The Four Pharaohs, who released a few locally-selling recordings in the Columbus, Ohio area. In the early 1960s, they were in San Francisco, where Taylor met Little Daddy And The Bachelors, With Taylor as the lead singer, they would eventually become the Vancouver, Canada based Bobby Taylor & The Vancouvers. This act would join Motown and had an LP release titled Bobby Taylor And The Vancouvers (1968) with a top 30 single. (1969).

At a show in Chicago in July 1968, The Jackson 5 opened for Bobby Taylor & The Vancouvers. Impressed with The Jackson 5, Taylor personally brought the group to Motown. After they signed to Motown in March 1969, Taylor became the group's first producer and supervised the bulk of their first album, Diana Ross Presents The Jackson 5. Later in California, after the Jackson 5 were relocated by Berry Gordy, Taylor briefly joined them although he did not receive credit for working on the group's early singles. Bobby Taylor also recorded one album as a solo artist, titled Taylor Made Soul, and was shifted to Motown's V.I.P. label where his singles failed to sell well. By 1971, Taylor had departed Motown because of a financial dispute, recording sporadically into the mid-1970s. Taylor later successfully sued Motown for a substantial amount.

In 2006, a 2-disc anthology covering his entire Motown career, including the two albums, non-LP singles and previously unreleased tracks, was released. 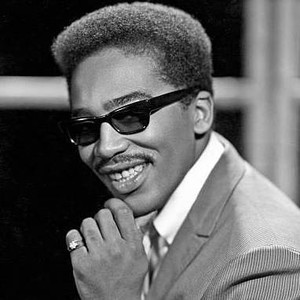