Ian Tamblyn has been a working musician since 1972. He has released dozens of albums of his work as well as acting as producer for many other artists. Over the years Ian has written too many songs and has given up on counting them. He has also written fourteen plays and over one hundred theatre soundtracks.

Mr. Tamblyn has received a number of awards and nominations. In 2012, Ian was made a fellow of the Royal Canadian Geographic Society for his guiding and creative work in the Canadian Arctic. He has been awarded the Estelle Klein and Helen Verger Awards for his contributions to Canadian folk music; he has a honourary doctorate from Lakehead University, a Distinguished Alumni Award from Trent University and was voted English Songwriter of the Year in 2010 by the Canadian Folk Music Awards, amongst other awards and nominations in the music and theatre world.
​
Ian's songs have been covered by numerous artists and there is a tribute album of his work entitled Coastline of our Dreams featuring artists like Lynn Miles, Susan Crowe , Hart Rouge and Valdy.

Born in Thunder Bay, this longtime folk musician performed in the Ottawa-Hull region for many years in the late '60s and early '70s. Not one to stay with just one medium, Ian Tamblyn is also a playwright, having penned several plays throughout the years. Musically though, it wasn't until Sylvia Tyson performed one of his songs on the popular Canadian television show Ian & Sylvia that Tamblyn got his big break. In 1976, he released his debut self-titled album, which garnered him a Juno Award. In 1978, this was followed by Closer to Home on Posterity Records. A series of albums and a best-of collection followed, but Tamblyn was never content with life on the road like fellow Canadian folksingers such as Joni Mitchell and Bruce Cockburn, instead opting to live in Chelsea, Quebec. The writer of some 1,500 songs, Tamblyn started an Acoustic Waves concert series in Ottawa that remains quite popular. He has also scored several films and has recently been part of various travel expeditions to Greenland and Iceland, where both journeys led to albums. In 2001, Tamblyn released his 14th album, Voice in the Wilderness. He continues performing in and around Ontario on the folk festival circuit. He has also produced albums for Alex Haughton and Furnaceface.
-Jason MacNeil

When Will I See You Again

The Body Needs to Travel

Voice in the Wilderness

Days of Sun and Wind

One of These Days b/w Guitar Truck Drivin' Man 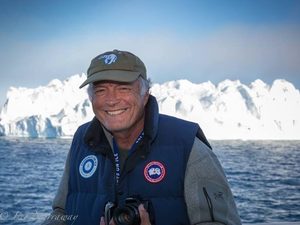