Fred or Freddie Stone. Flugelhornist, trumpeter, pianist, composer, writer, teacher, b Toronto 9 Sep 1935, d there 10 Dec 1986; B MUS (Metropolitan College, London) 1964. His father, Archie, a saxophonist, was the orchestra leader 1936-60 for Toronto's Casino Theatre. The younger Stone studied trumpet 1950-5 with Donald Reinhardt during summers in Philadelphia and composition 1955-60 with Gordon Delamont and 1960-2 with John Weinzweig. He worked with Benny Louis at 16 and played 1955-67 in various CBC Toronto orchestras. As a soloist he appeared in both symphonic and jazz contexts, performing with the Toronto, Winnipeg, Detroit, Cleveland, Buffalo, Ottawa, and San Diego SOs and with Ron Collier 1960-73, Phil Nimmons 1965-70, the Boss Brass 1968-70, and Lighthouse 1969-70. He participated in the premieres of Norman Symonds'The Nameless Hour and Democratic Concerto. In the late 1960s Stone began to work with an amplified horn and to explore the possibilitIes offered by an early synthesizer, bringing a variety of tonal and textural qualities to his characteristically flighty and rather elusive, if not harmonically evasive solo style.

He toured North American and Europe 1970-1 with the Duke Ellington Orchestra, the first Canadian to hold such an esteemed position, however briefly. Returning to Toronto, Stone undertook a new career as a teacher, first at Centennial College as artist-in-residence 1972-3, then at Humber College 1972-5 and at George Brown College and its affiliated Blue Mountain School of Music in 1976. He taught improvisational theory privately thereafter, continued to compose, and performed on rare occasions in the late 1970s with small ensembles that often comprised his pupils.

Stone's compositions to that point included scores for the NFB, two suites for electric flugelhorn and symphony orchestra (1969), and many works for his small group and big band. His works for jazz orchestra, many of them CBC commissions, included Leah (1965, recorded by the Humber College Big Band in 1986), Maiera (1965, recorded by Ellington with Stone as soloist), Reflections on a Theme (1969), Sunshine and Pretty Things (1969), Rice Lake Suite (1970), For Igor (1972), Tribute to Igor Stravinsky (1972), Idea for Orchestra (1974), Uranus (1974, recorded by Moe Koffman with Stone as soloist), Stone Poem (1974), Alphera (1974), and Young Peoples' Guide to the Jazz Orchestra (1976). His compositions, it was once noted, 'were not cut from a single cloth but from the rough weave of folk music, the stiff drill of the classics (Stravinsky was a favorite) and the sporty patterns of jazz. Stone's melodic instincts made the seams magically invisible' (Toronto Globe and Mail, 12 Dec 1986).

Though slowed by heart problems in the early 1980s, Stone resumed his performing career in November 1984 when, at the Music Gallery, he introduced a large improvising ensemble, known familiarly as Freddie's Band and again made up largely of his pupils. By now, he had eschewed formal notation, save for the sketchiest of melodic lines, and prefered to 'compose' and orchestrate ensemble passages in direct collaboration with his musicians, extending further the tradition of spontaneous organization that he had experienced both with Duke Ellington and with Charles Mingus (on CBC TV in 1964).

Stone's band 1984-6 included many important young jazz musicians of the day, among them the saxophonists Jonnie Bakan, Rob Frayne, Nic Gotham, and Perry White, the trombonist Steve Donald, the trumpeter Michael White, the cornetist Roland Bourgeois, the bassist George Koller, and the drummer Graeme Kirkland, all of whom would show in their own careers the benefit of Stone's emphasis, as a leader and teacher, on a musician's individuality. Stone was also heard 1985-6 in concert with a sextet and alone as a solo flugelhornist and pianist. After Stone's death of heart failure, Koller and others organized a small and large ensemble, the latter known as the Freeunion Collectiv, for performances in 1987 according to his principles. The Freddie Stone Award was introduced in 1991 by Sound Symposium; the first recipient was the bassist Lisle Ellis.

Others albums with Bruce Cockburn, Collier, Koffman, Lighthouse, and Nimmons

The Music of Fred Stone 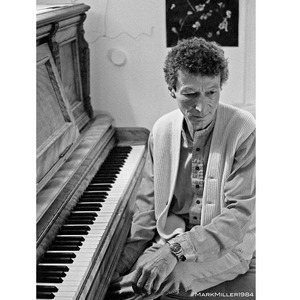