The Staccatos were formed in 1963 in Ottawa by vocalist Dean Hagopian, guitarist Vern Craig, bassist Brian Rading, and drummer/vocalist Rick Bell. Upon the departure of Hagopian, vocalist/guitarist Les Emmerson joined the band, and would become the outfit's principal songwriter. After recording "Small Town Girl" for Capitol in 1965, releasing their debut LP Initially the following year, and adding Rick Bell's brother Mike (also a drummer/vocalist) to the lineup, the group recorded the 1967 album A Wild Pair, a collaboration with the Guess Who. In late 1968 keyboardist Ted Gerow became a bandmember, which was followed by the departure of Vern Craig and a change in the group's moniker from the Staccatos to the Five Man Electrical Band. With the new band name in place, in 1969 they released an eponymously titled album as well as the single "It Never Rains on Maple Lane." Subsequently, the Five Man Electrical Band released Good-Byes & Butterflies (1971), Coming of Age (1972), and Sweet Paradise (1973). After disbanding, Les Emmerson formed the Emmerson Electrical Band and later, Blue Blood. He also recorded as part of Cooper, King & Emmerson.
-Allmusic

A Wild Pair (split with the Guess Who)

Small Town Girl b/w If This is Love

C'mon Everybody b/w Let Me See

Half Past Midnight b/w Weatherman

Walker Street b/w She Fancies Herself A Lady (promo)

Didn't Know the Time b/w We Go Together Well 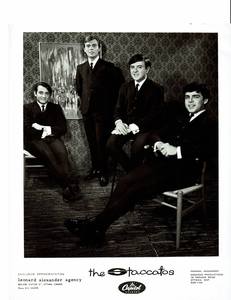 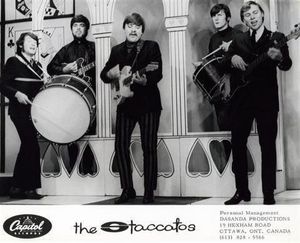 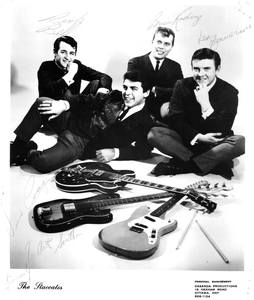 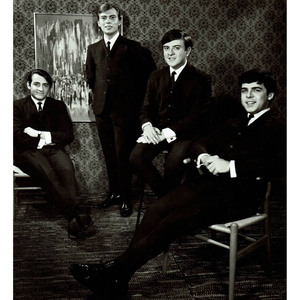