PEARLY GRIN: THE STORY OF SMYLE

Smyle got their start as “The Smile” in early 1967. The band was formed in Burlington, Ontario by high school friends Ron Demmans (Guitar/Lead Vocal), Ray Durritt (Guitar) and Peter Rihbany (Bass). Accompanying them, was a drummer simply going by Mel.

Quickly after getting some songs together and beginning to play live, the group would acquire a manager in Herb Lock. Herb would manage the group through their early years; convincing the band to move to Toronto and switch from R&B to a more Garage Rock/Psych sound.

The band would move to Toronto in early 1968 and quickly began playing clubs in Yorkville and on Yonge St. After nearly a year, the band caught the attention of the small indie label local Indie label “Ruby Records.” This label was short-lived and it’s unknown who ran it. The only other act signed to the label was Fraser Loverman’s “Village S.T.O.P,” whose own single “Vibration/North Country” has become a bonafide psych-rock classic.

Smile’s “Be Somebody Else’s Friend/Why Couldn’t You” was released in January 1969. Both songs are interesting Psych-Pop written by guitarist and singer Ron Demmans. Unfortunately, with no promotion and a… “less than enthusiastic” fan-base, the single sunk like a stone. Surprisingly, for an independent label at the time, releasing music from a relatively unknown band, they went above and beyond. The vinyl was adorned by a striking picture sleeve; featuring multiple photos of the group and released in quantities of 500 (double what’s typical for a promo release at the time in Toronto).

The band continued to play live around Toronto, as well as conducting brief tours around Ontario on the High school circuit. An early mention of the group came in the June 9, 1969 issue of RPM, where the guys were slated to take the stage at Hamilton City Hall entertaining thousands of trekkers on the CKOC Miles for Millions walk-a-thon.

By 1970 the band was beginning to undergo changes. Mel had been replaced by drummer Tim Regan, they switched from Psych-pop to a more “Psych-meets Blues Rock” approach; music ready made for CAN-CON radio. The change in their sound and continued success and popularity live saw them courted by Columbia Records on one of their many “Canadian Talent” crusades of the late 60s-early 70’s. Some of the other psych rock talents on their roster were Mashmakhan, The Magic Bubble, Hartford Baby Grand, Perth County Conspiracy, It’s All Meat and the Souls Of Inspiration; to name a few.

Columbia signed the band on the cusp of 1971. There first move was to have the band change their name from “The Smile” to “Smyle.” They wasted no time getting the band into the studio either; their debut single “Glory Glory/Will I Get Back Home Tomorrow” would be released by February of that year. Columbia believed in the band and their faith paid off! The single was well promoted (appearing on the cover of one of RPM magazine’s issues that month and showcasing their song to the suits at a presentation of new product at the Don Valley Holiday Inn in Toronto) and would spend nearly three months on the Canadian charts peaking at #23. Seeing the promise in the group, they’d be sent into the studio to record a full album. May 1971 saw the release of Smyle’s debut studio album. They recorded at Toronto's Sound Studio with Doug Riley and producer John Williams, famous for The Robert E Lee Brigade and Allan J Ryan. A self-titled affair, the album was an interesting foray into light psychadelia and featured great covers of Joni Mitchell's "Woodstock" and "Maybelline" by Chuck Berry; as well as seven songs written by Ron Demmans and one written by Ray Durritt. The album performed fairly well; enough to warrant more singles.

They’d release another single from the album, in July 1972; this time “Gotta Get It/Company Man” written by Ray Durritt. The single failed to chart but the guys were unfazed, as they had dates performing across Ontario and parts of the U.S. for most of the remainder of the year.

The tour went extremely well and this led to more studio time, with Bob Gallo behind the board. They recorded a handful of tracks in late 1971; two by Ron Demmans, one by Gallo and one by Durritt. Two singles were readied but the first wasn’t released until March 1972. This didn’t spell well for the band’s presence in the music buying public’s mind; in many ways, by now (their last release was in July; 8 months earlier) they had lost their hype.

When March rolled around and the first single “It’s The World/Everybody’s Singing” was released, all attention around the band had pretty much ceased; the live dates slowed and you can tell Columbia was starting to get wary. It failed to chart and this officially put the pressure on.

Columbia’s “Canadian Content” expansion of the past few years had resulted in them giving opportunities to many great bands. Smyle was no exception to this rule, but the one thing Columbia wasn’t willing to do was to support a struggling/failing artist. After Demmans "How Many Roads Can You Fly/Take It All" failed to chart in June of that year, Columbia cut the cord.

Originally, a second album was planned for the band, but based on the lack of sales after the first, it never materialized. By September of that year, the band would go their separate ways; giving closure to the Smyle story. They managed to have success in the preCAN-CON market, which is admirable. They were a great band buoyed by the fantastic song writing of Ron Demmans.

Be Somebody Else's Friend b/w Why Couldn't You (picture sleeve)

How Many Roads (Can You Fly) b/w Take it All

It's the World b/w Everybody Singing

Be Somebody Else's Friend b/w Why Couldn't You (picture sleeve)

Company Man b/w (Gotta) Get to It (picture sleeve)

Glory Glory b/w Will I Get Back Home Tomorrow

How Many Roads (Can You Fly) b/w Take it All

It's the World b/w Everybody Singing 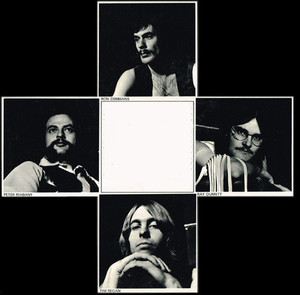 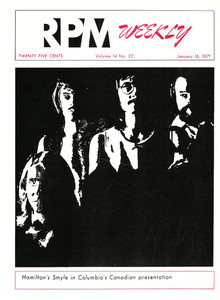 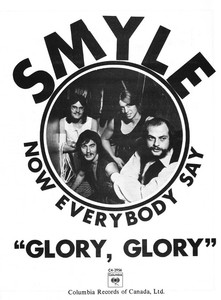 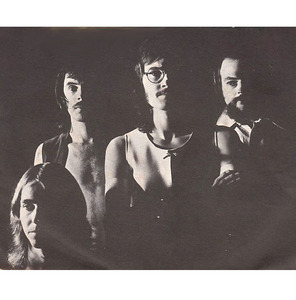